We're All Using These Emoji Wrong

EVERYONE HAS A go-to emoji. Mine is something I've always called "Swoopie Star." I use it whenever I want to convey excitement, or when I don't know what else to say but want to express a general zeal for life. Sometimes I use it as the closest approximation of the "More You Know" gif. Turns out I don't have the first clue what the hell I'm doing. But then, neither do you. We're all doing emoji wrong. Horribly, horribly wrong. Good thing the folks at Unicode are here to save us. More on that in a moment. First, back to Swoopie Star. Turns out it's actually "Dizzy Star," and it means exactly what you think it does: It's meant to communicate dizziness or disorientation. Dizzy Star is hardly the only emoji everyone is getting wrong. Oh sure, something like your everyday, standard heart or the ubiquitous "Smiling Face With Smiling Eyes" emoji is hard to screw up. Even your grandfather uses those correctly. But what about "Relieved Face," "Face With No Good Gesture," or the oft-debated "Person With Folded Hands"? Those aren't so easy to interpret. That's why Unicode, the group that has the awesome job of choosing emoji and setting their standards, recently suggested a few changes, many of which are based on the fact people are so wantonly misinterpreting characters. (And for the record, Unicode says the hands are not a high-five.) Take, for example, the "sleepy face," which looks like this across various devices (the last image being the proposed change): test-comp-emoji See that little drip? Yeah, you (and I and everyone!) though it was a snot bubble, or maybe a tear. Well, it's not. You can't use this emoji to denote you have a cold anymore, friends. Not if you want to be doing it right, anyway. That emoji means "sleepy" and Unicode is going to clear that up. Unicode "Propose[s] changing the chart glyph to remove the nasal bubble, which is too specific to Japanese usage… Consider whether this will change the interpretation in Japan." The nasal bubble is derived from popular anime/manga iconography that denotes sleep. Most of the changes have already been pushed through, so they will slowly but surely start showing up more and more in everyday use. Here's the thing, though. Emoji is like any other language. It changes. It evolves. It reflects the times, and the people using it. So Unicode can tell you that you're using sleepy face wrong, but it's kinda like telling someone not to punctuate their conversation with "like" so damn much. It's probably futile. As Lisa Lebduska, an English professor at Wheaton College, notes in her piece Emoji, Emoji, What for Art Thou?, "All communications—visual and alphabetic—serves multiple purposes, which are sometimes derailed purposefully, through re-appropriation and re-design and re-imagination, and sometimes derailed by accident, happenstance and the emergence of new forms." Through our misuse, misinterpretation, and subsequent re-imagining of these emoji, we subvert the apparently universal glyph system and push the development of this pictorial language forward, stretching its bounds and testing its limitations. So maybe our misuse isn't ruining everything after all—it's just sort of embarrassing. But hey! Anything to push forward the magical, changing world of emoji! So now, allow me to ruin some of your favorite emoji, because my heart is still filled with spite over the Swoopie Star debacle. "Face With Look Of Triumph" [Emoji Photo] Yeah, we've all been doing this wrong. You've been employing this one to convey anger, haven't you? Don't worry, you're not alone. After all, it does remind you of an angry bull, blowing steam from its nostrils. But alas, no. Unicode says it's intended to convey triumph and "winning"—as nose steam, naturally, does. The notes read: "Propose changing the chart glyph to remove the 'steam from nose,' to appear like it is winning, not angry/fed up. Consider whether this will change the interpretation in Japan." "Frowning Face With Open Mouth" [Emoji Photo] You likely thought this was a look of shock, or maybe even sadness. It's not—it's a frowny face. That bereft little orange globe isn't sadly surprised, it's closer to "so angry I can't believe it." Look back on how you've used it: Yeah. Incorrectly. Unicode plans to close the mouth a little and add some defining eyebrows to try and amend the situation. "Information Desk Person" [Emoji Photo] Here's a fan favorite: the "Information Desk Person," whom everyone I have ever communicated with via emoji has used to exude an air of sassiness. But, as the name suggests, this emoji is intended to give off a generally helpful vibe, her extended hand a gesture of gleeful cooperation, not a hair flip. Unicode doesn't have a fix for this one, but would like you to know you've—again—been doing it wrong. "Weary Cat Face" [Emoji Photo] Unicode's annotation clarifies that Weary Cat Face "indicates tired, not horrified." Not sure I buy it. Weary Cat has always been truly, utterly terrified. There are no proposed changes to Weary Cat Face at this time, which is probably for the best. Never change, Weary Cat Face. Never change. 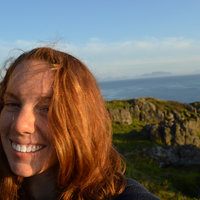