The Las Vegas Strip has inspired so many music artists to write songs about the lifestyles, the establishments, the glitz, the glam, and all the other what-ifs, whatnots, and whatevers associated with the Entertainment Capital of the World. From Frank Sinatra to Elvis Presley, AC/DC to Sheryl Crow, Katy Perry to Faith Hill, Barry Manilow to Snoop Dogg, the B-52s to Eminem – the list is extensive, and it still keeps growing. Of course, as the list grows, so do the music videos that get produced for the artists who naturally choose to use "The Strip" as the main backdrop for their creations.

Aside from featuring life in Las Vegas, quite a number of these music videos have scenes shot inside prominent casinos, treating viewers to that uniquely familiar barrage of light, sound, and spectacle that only Las Vegas can provide. Needless to say, viewing these videos in succession can provide even those who haven't even heard of Las Vegas vicarious experiences like no other.

But if there's no reason to expect a drought on songs about the city and its environs, there is, however, a growing concern in the future of certain establishments – casinos, mainly — that operate within the area. The reason for the concern: The ever-growing popularity of online gambling, especially among the newer players coming from younger generations.

Ironically, a number of live gambling venues from poker rooms to bingo halls have either started to downsize operations or closed shop altogether due to dwindling attendance stats, and one of the chief culprits being eyed is the surge of online offerings of these very same games. The interface, the gaming mechanics, and the addition of social networking features are obviously intended to attract newer generations of players who grew up on gaming technologies that have very similar features. Even pop culture music icons like Ghost Rider and other Marvel characters are the selling point of Cryptologic's slot games on casino.betfair.com's multiplatform gaming.

For the moment, casinos are still going strong, poker rooms are still around, roulette wheels are still spinning, and blackjack tables are still dealing. As far as looking to Las Vegas as a muse to inspire more music and video masterpieces, all current and upcoming R&B, Rock, Pop, and Hip-Hop artists worldwide can still look forward to many more years of collaborating with Las Vegas as there's no real danger of its casinos turning into Hollywood "ghost town" stage sets. Not yet, anyway.

But as technology keeps on improving and keeps on providing faster, more efficient, and more visually-stimulating interactive environments to substitute for physical environments, who knows? There might even come a time when instead of having a traditional casino floor for a Las Vegas music video, artists of the future might instead be doing videos similar to Big Casino – the music video released by Jimmy Eat World from a few years back. You know, the one that featured the band playing in front of old billboards and historical casino neon signs at the Las Vegas Neon Museum Boneyard? 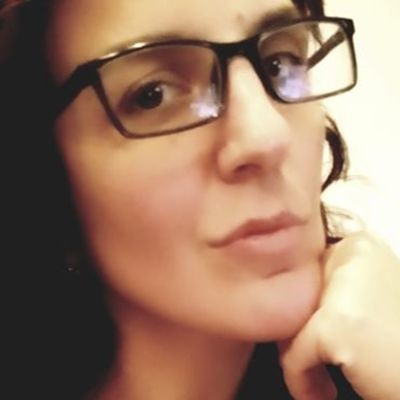 I'm an editor, writer, photographer, publicist, and digital marketing specialist with more than two decades of experience in the entertainment arm of the industry. My work has been featured in more than 100 digital and print publications, including Teen Vogue, People, The Daily Mail, Us Weekly, The Los Angeles Times, and The New York Post. Topics I'm passionate about include law, medicine, digital marketing (and other SEO related materials), entertainment, real estate, health, pet health & care, and vegetarian/vegan living. Finally, I'm also Google Adwords certified. On Scripted, specifically, I'm a Lead Generation specialist. I've also earned the Editor's Choice & the Customer's Choice badges. I'm also very happy to talk to you about ways to optimize your website using digital marketing and SEO at no additional cost. See more d...

If you've been injured on the job, you'll want to hire the workers' compensation lawyer Palm Beac... Read More

Doctors are often so caught up in the day-to-day operations of being a doctor -- which includes, ... Read More