The phenomenon of Twitter has added benefits for education, as instructors and students devote time and energy to the process of microblogging.

Twitter may be the most popular microblogging site on the Web, but it is also an effective teaching tool. Educators, who once relied on books and blackboards, are now turning to digital applications which serve to enhance their student's academic progress. With greater speed and functionality, Twitter creates an online platform for communication that rivals conventional blogging.

The Educational Benefits of Microblogging and Chunking are Great

Microblogging via Twitter is a form of communication in which users report their current status in short posts of 140 characters or less. Similar to instant messaging, Microblogging allows users to keep track of their daily observations of life. Launched in October 2006, Twitter has grown in its usage and its contributions to the social networking boom on the Internet. Making the website a viable online community, millions of Twitter users send messages or "tweets" to other people who follow their posts.

One of the main reasons why people tweet is to share personal and business information. Therefore, if users can channel their energies into using Twitter for educational purposes, they can improve their work study habits.

One way to use Twitter is to take notes on subjects being studied in class. By utilizing the chunking principle, students can post brief points about class work. Chunking, a principle discovered by Harvard psychologist George A. Miller, involves written communication that presents information in concise, small units.

Twitter perfectly suits the purpose of chunking in that users have only 140 characters to enter per tweet. This gives students the chance to take notes in an Internet environment that encourages study via a reliable online format. Because every tweet is saved, students can review notes at a glance while managing their profiles.

Students can also participate in discussions with other peers who are signed on to Twitter. By answering each other's questions about a class activity or test in real time, students can increase their retention of facts and figures. Similarly, students can use Twitter to swap class notes. Sharing relevant information discovered in class, students can improve their comprehension of class materials. The popular teaching technique known as "Think-Pair-Share", then, becomes a digital activity that both secondary and college students can master.

One of the most characteristic functions of Twitter is the practice of following other Twitter members. When teachers and professors join Twitter, they can help their students by sending tweets about class on topics ranging from syllabus updates to study tips. If students are actively following their instructors' tweets, then they will benefit greatly by collecting periodic information regarding their favorite subjects. Likewise, students can follow their classmates, and, in the process, they can gain access to everything from class notes to assignment instructions.

Tweeting questions to experts in subject areas being focused on in class is another useful Twitter function. Because instructors are not the only sources of information for classes, students can reach out to other people locally, nationally, or even globally. After finding and following experts in their fields of study, secondary and college students can watch for tweets that share useful and accessible knowledge.

For instance, English students can follow writing groups that often send out tweets related to composition and grammar. Moreover, regular Twitter users can use the "Retweet" application to send useful tweets to their own followers. Thereby, Twitter facilitates social media to provide microblogging services that can increase active learning.

Statistics show that Twitter fosters the development of mutual acquaintances that extend throughout its social networking community. On a grand scale, Twitter also promotes the intellectual growth of students who use it regularly. Since this is the Internet Age, it is appropriate that a social networking website establishes meaningful approaches to learning online. Whether students are surfing the Internet for pleasure or for study, they tend to frequently use those online applications that they enjoy. Educators know that learning can be fun, and, in the case of Twitter, learning can also be digital. 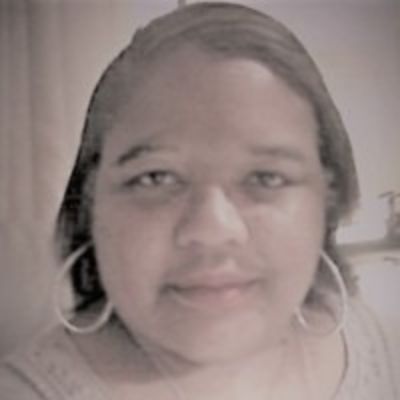 When you want someone you can trust to transform your writing needs into reality, look no further than Cirrelia. A seasoned and insightful writer with over 15 years of experience, Cirrelia will spark creativity into your project and deliver perfect results. Her hard work has paid off in the development of professional relationships that inspire others to realize life and work goals. Since high school when she wrote winning essays for pageants and Girls' State, Cirrelia demonstrated a strong command of American English. Later, in college, she researched and authored feature stories for NCSU Technician, and as her confidence grew, she turned her talents toward work as an academic tutor, lab assistant, and research assistant. Always close to education, as a college graduate, Cirrelia taught middle school before opening a tutoring and w...

The Beginning of an Era Many may believe that the history of fashion photography began when a cul... Read More