Students and faculty members from the Hank Greenspun School of Journalism will be attending the Democratic National Convention next week.

In addition to providing the students with uncanny experience, the group will be connecting university area residents to candidates seeking office in the upcoming November elections. According to Laurie Fruth, assistant director of the Greenspun School of Journalism and Media Studies, the group has three priorities while covering the convention, which is taking place in Denver, CO, and runs August 25 through 28.

"We will approach six elected officials and ask them to respond to questions from the neighborhood," she said. "We will also provide daily reports from the convention floor using Nokia N 95 smart phones, as well as send two edited video packages each of the four days we are covering the convention. The video packages will be uploaded to the Greenspun School website and to the KLAS TV website."

According to Fruth, the project started with a gift from KLAS TV to the Greenspun School that was given to develop a civic journalism program geared towards the East Paradise neighborhood, or the residential area immediately surrounding UNLV. Fruth said the Greenspun School spent a semester learning as much as they could about the residents who call East Paradise home.

"What they discovered was that this is a remarkably diverse neighborhood, with several languages spoken, a variety of ethnic restaurants, ties to UNLV though the Paradise Elementary School and a thriving community center. The convention is an opportunity for us to share the concerns of the neighborhood with Nevada elected officials," said Fruth.

Ariel Gove, a recent graduate of the Greenspun School of Journalism and Media Studies, will be one of the four students in attendance at the convention. She said the goal of the project is to be the voice of Las Vegas and bring back the experience of the convention to the university area community.

"We are taking questions from local residents and bringing them directly to the candidates. Then we will be taping their answers and sending them directly back to the voters here in Las Vegas," Gove said.

Gove said the experience will be monumental as she is currently seeking a position as a broadcast journalist.

"With the elections being just right around the corner, stations across the country are going to need someone with political reporting experience," she said. "Thanks to this opportunity from UNLV and KLAS TV, I am going to be able to offer the experience that they need."

Denitsa Yotova, another student, said she was tasked with creating a behind-the-scenes story of the convention.

"This will include video, audio, text and still photography coverage of everything that may not necessarily be covered by the larger media organizations, things like lunches, breaks, citizen commentary and questions, and protests," she said.

Yotova is originally from Bulgaria and described attending the convention as a novel and exciting experience.

"It is exciting that we would be using some amazing equipment in order to present quality content which would be both informative and fun," she said. "It will be a great learning experience."

Gove said she is excited to gain more knowledge of Democrats seeking office.

"When November comes I will be able to make educated and knowledgeable decisions," she said. 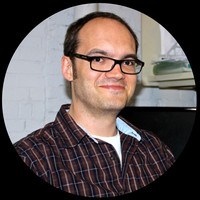 Avid reader and writer with PhD seeks to provide writing and editing services for business, marketing, research, educational, or other needs.