The effervescent city of London really is a history enthusiasts dream isn't it? Founded in 50AD by the Roman Empire, it is one of the most famous cities to ever exist. With its cobbled roads, winding paths and diverse population is it any wonder that travellers from across the globe pay thousands just to get a glimpse at the 607 square miles that contains two thousand years of history and splendour? It would be impossible to attempt a list that justifies all that this grand city has to offer, residents themselves are still learning hidden secrets the city has been witness to. Here are just some of the wonderous bygone events that have taken place inside the city limits and the places where you can walk in the footsteps of those who came centuries before you.

Transport back thousands of years to when London began its journey to become what it is today, between 190 and 225AD London Wall was built as a defensive measure against the city's invasion by the Picts. Whilst it no longer stands in its original glory, scattered remains of the wall that helped protect parts of London from the Great Fire in 1666 can be seen at 3 key sites. Tower Hill, the Museum of London and the Barbican Estate are all home to these small but incredible slices of the city's origins.

The catastrophic event that ripped through 350 acres, destroyed over thirteen thousand homes and left London decimated and in need of rebuilding is still taught in British schools to this day. Very few structures touched by the flames were able to survive it due to the roof thatching, the timber used in construction and the extremely flammable liquid Pitch that covered them. Houses were extremely close together, to the point that the rooves of buildings on opposite sides of the road touched, all of this contributed to the almost total gutting of everything north of the River Thames. The fire is well documented to have begun in Pudding Lane, in the house of Thomas Farriner who ran the King's Bakehouse and provided bread to the Royal Navy. Pudding Lane still exists, without the original buildings of course, and is a two-minute walk from Monument Underground Station in the city of London. Other, grander constructions that were able to partially or completely survive are open for public access – Leadenhall Market, Royal Exchange, Guildhall, Middle Temple Hall and The Staple Inn are still standing and waiting for curious visitors to appreciate.

The hub for disrepute in the Victorian Era is East London - the home to the slayings of at least five women, all brutally murdered by the first modern day serial killer whose identity has never been discovered. Numerous organisations offer official tours throughout the sites of the grisly acts, or as close as they can get. Some of the original murder sites are now buildings, but Mitre Square in particular is still untouched in all its eerie glory. If an organised tour isn't a preference, it is easy to look up all the sites and organise a more relaxed visit to the places feared to go by every prostitute that frequented Whitechapel's streets in 1888…and decades after.

The oldest known pub inside London's city limits, Ye Olde Cheshire Cheese sits unassumingly in Fleet Street with low ceilings and sawdust scattered on its floors. One of the casualties in the Great Fire, it had to be rebuilt in 1667 but has since maintained its authenticity and has housed many of London's historical figures in its 350 years. The remains of one such known figure are even housed in one of the rooms, Polly the Parrot was as famous in the 1920's as her human counterparts and is still in a glass case in a room of the pub in which she died in October 1926.

The Tower of London/Tower Bridge

Yes, this one is mentioned a lot. Alas, it is still one of the most historically rich buildings that exists not only in London but in the world. Completion of the White Tower occurred in 1078AD and so, the first structure of the now famed Tower was born. William the Conqueror commissioned the build as not only an administrative hub, but as a demonstration of power over the residents of the age. The Tower has expanded across the centuries and has long since forgone the use it was built for, being used most famously as a prison for the vast majority of its existence. Famous prisoners include Anne Boleyn, Guy Fawkes and Rudolf Hess. Too much history exists within the walls of the Tower to be able to do it justice, a visit to this staple of British antiquity is a must to experience even a sliver of what there is to offer. 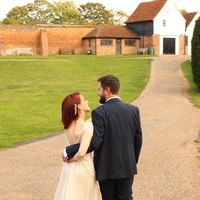 Bonjour! Okay, I don't actually speak French but I sounded somewhat exotic for a second there didn't I?! I'm Nic, I am a redheaded, vertically challenged, bubbly, creative, British bookworm who loves to write. Words is my thing, it's what I'm great at and I would love to help you create the best content I can. Pop me a message and we'll crack on with getting the content you not only want, but deserve!

The Beginning of 'The Wonky and Wide' "My diagnosis Nicola is that you have Bipolar Affective Di... Read More