Perhaps the best place to start when speaking about Tokyo is the simple cherry blossom.

There are billions — no, trillions — of them every year when the cherry trees bloom, and the trees and the parks turn into seas of pink. Then they eventually fall to the ground and get swept away by the winds.

Cherry blossoms and cherry trees are identified with Japan likely to the same degree as Mount Fuji, the tallest mountain (and an inactive volcano) in the country, with its signature flat peak visible on clear days from Tokyo. The peak is snow-capped year-round, even when the rest of the surrounding area is temperate.

Most of Tokyo is impossibly dense with development, with low-rise buildings and factories stretching virtually without breaks all the way to Kyoto, 200 miles to the south. Many elevated and sunken highways punctuate the center, with on-ramps, off-ramps and roads going over and under one another, all of which mandate left-side (British-style) driving. Modern sedans and illuminated "Dekotora" trucks, heavy with light-up ornaments and chrome decor that the drivers obsessively add to them, make up much of the traffic.

But overall, there aren't many drivers on the road — owning a car is extremely expensive in Tokyo; usually, the biggest expense is not the car itself or the insurance, but the parking.

A single parking space can set one back millions of yen a year. So valuable is parking that all kinds of contraptions to save parking space have been invented or perfected in Japan: the car carousel (sort of like an indoor Ferris wheel for automobiles); the car turntable (you drive your car onto it, and it spins — for when there's not enough space to do a three-point turn); and robotic automated garages, where you drive your car into an elevator and the garage does the rest, taking your vehicle down into an automated subterranean repository to store it.

Every two years cars must be inspected, and this inspection costs money. Imperfect cars must be repaired and maintained. Very often the cost of maintaining a car is so high that it's cheaper to just get a new one; hence, cars originally costing the equivalent of thirty or forty thousand dollars are given away or sold for next to nothing, believe it or not. (Yes, there are websites where you can buy barely-used Mercedes-Benzes for pennies on the dollar and have them shipped to the U.S. On the positive side, they're usually in tip-top condition because they had to pass their inspections, but on the negative side, they're all invariably right-hand drive).

In the vast expanse of this sea of buildings, one thing tends to stand out: not many of the structures are skyscrapers, and the ones that are tend to be clustered in only one part of the city — Shinjuku.

Why Shinjuku? Because it's one of the few areas of the city that doesn't lie on any of the major earthquake fault lines that crisscross the region. The last time Tokyo had a major earthquake was 1923. More than 100,000 people were killed, mostly from raging fires (fortunately, there were practically no tall buildings in existence at the time). The last major earthquake in Japan was in Kobe in 1995. More than 6,000 people were killed when buildings pancaked and crushed people to death. You might have seen some of the footage from it on Youtube. Tokyo is overdue for a major earthquake, and when it does come, it will surely be much more devastating than the one of 1923.

You may be familiar with at least one of the few tall structures in Shinjuku — from the inside, anyway. From the outside, three successively taller pyramid-topped square-shaped buildings connect to form the Park Hyatt Hotel, prominently featured in Sofia Coppola's Tokyo-set film, "Lost in Translation." Starting at the 41st floor, the top 14 stories of the three buildings compose the hotel, and its lobby is at the pinnacle of the lowest one, as opposed to on the ground floor, as it is in most hotels. The top floors of the other connected buildings feature, respectively, a high-end restaurant and a pool overlooking the surrounding area. The hotel is definitely one of the city's keener vantage points and is a perennial tourist attraction unto itself.

Another of the tallest buildings in Shinjuku houses the government offices of Tokyo Prefecture (a prefecture is akin to a state in the U.S.). Yes, not only is Tokyo a city, but it's a prefecture as well, incorporating 23 special wards, each governed as a city, as well as 39 municipalities in its western region and two outlying island chains. All told, the population of Tokyo Prefecture is about 13 million people. Given that figure, the skyscraper form of the prefecture's government offices seems reasonable.

While Japan as a nation is incredibly creative and fundamentally original, there are sometimes instances in which the Japanese are given to imitation. If you look out over the skyline of Tokyo, you'll inevitably come across a red-and-white construction that bears an uncanny resemblance to the Eiffel Tower in Paris. This tourist attraction, Tokyo Tower, has now been eclipsed in height by a newly-constructed spire, the more modern Tokyo "Sky Tree," but it still features a far more appealing and graceful (if unoriginal) form.

The Eiffel Tower isn't the only world-famous structure the Japanese took a liking to; it seems the aesthetics of iconic American suspension bridges such as the Brooklyn Bridge and the Verrazano Narrows Bridge in New York also appealed to the prefectural government. It arranged for the construction of a bridge comparable to the ones in New York, popularly known by citizens of Tokyo as the "Rainbow Bridge." The bridge bears its moniker due to the multitude of colored lights that illuminate it nightly in the harbor of Northern Tokyo Bay, like those that light up the top of the Empire State Building in New York. 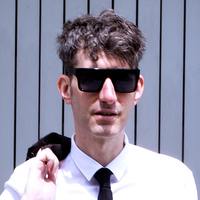 I've been writing digital content for over 30 years. I have written about topics relating to politics, lifestyle, travel, entertainment, fashion, design, art, business and fitness. If you have questions about whether an assignment might be right for me, please don't hesitate to send me a message. Please see my website for my portfolio and writing samples!

So — you want to find an apartment in New York. Good luck! Finding a worthwhile place t... Read More

Too many people have ideas about what constitutes good design. But if you ask those same people w... Read More

Hard as it is to believe, the film Johnny Mnemonic is twenty years old. The irredeemably cheesy a... Read More