You don't have to be an extreme and compulsive hoarder for clutter to exert a negative impact on your life. In fact, research has repeatedly shown that clutter in the home or work environment has profound consequences on the mental, physiological and even spiritual well-being of most people. Getting rid of the knick-knacks, decorations and bric-a-brac that's piled up in your personal spaces may actually have a dramatic effect. Here's how: Clutter prevents you from thinking clearly In January 2011, researchers at the Princeton University Neuroscience Institute published a report titled "Interactions of Top-Down and Bottom-Up Mechanisms in Human Visual Cortex." The researchers asserted that cluttered environments limit the brain's ability to focus. The more objects in a participant's field of vision, the more divided the brain's attention: whether the person realizes it or not, his brain is receiving an abundance of stimulation, all of which is crying for an equal share of the mind's attention. This over-stimulation can result in increased frustration for the person attempting to focus in such an environment; it can make him or her quicker to anger and give up on a task—a response that will be familiar to sufferers of Attention Deficit Disorder. Using functional magnetic resonance imaging to map the responses in a brain exposed to both organized and disorganized environments, the Princeton study also concluded that a person's ability to process information and be productive were dramatically improved by clean work and home spaces. Clutter is unhealthy Most people who live surrounded by clutter express exhaustion at the mere thought of having to clear away the offending objects. That's not just a sentiment; it's a physical reaction to emotional distress. Constant exhaustion is also a side effect of depression. When someone becomes lethargic, overall health suffers. The person is less likely to engage in physical activities and less likely to go outdoors where fresh air and sunlight can restore and revitalize. Over the long term, this puts them at increased risk for heart disease, diabetes and obesity. But say you're a really active go-getter, and that's why your personal space is a cluttered mess: you've got too many yoga classes to attend. In that case the clutter can't be too unhealthy, right? Unfortunately, the truth is quite the opposite. Clutter collects dust, and dust has a health impact on everyone around it, from exacerbated allergies to increased frequency and duration of colds. A dust-free home is nearly impossible unless the clutter is eliminated. Finally, clutter generates stress, and because stress—once it has settled in—can be self-perpetuating, the effects of clutter-induced stress can outlast the mess. The impacts of stress on personal health have been well documented. Stress accelerates the impacts of aging, can induce mental illness and makes the physical body less resistant to infection and disease. Clutter blocks the flow of positive energy Experts in the Chinese system of Feng Shui, which was traditionally used to place buildings, and has come to be used as a method of orienting objects in the home to produce the most positive results (or the most Qi), attest to the spiritual impacts of clutter. When a living space is covered in objects, movement is limited (or blocked entirely) and positive energy cannot flow through. Some practitioners go so far as to claim that clearing out a specific corner of the home will have a positive impact on a corresponding area of your life, allowing conditions to improve if they were bad or become ideal if they were adequate. While not everyone may adhere to the notions of Feng Shui, opposition to clutter is shared across many spiritual cultures. From Buddhists, who revere a spiritual world and reject the physical one, to Christians who warn that greed and gluttony are sins, all spiritual traditions warn against amassing too many possessions. Clear your clutter for good As we've already discussed, trying to eliminate the clutter from your life can be an overwhelming task. Some people's possessions carry too many memories to be easily parted with; other folks know their goods have monetary value, and a few simply can't begin to tackle their mess until they have an empty room to work with. Consider short- or long-term storage for certain items. While buying tubs and bins can be helpful under some circumstances, you don't want to merely relocate the problem from one area of your house to another. No matter what, you can be certain that any reduction in your level of clutter will have a positive impact on your life. 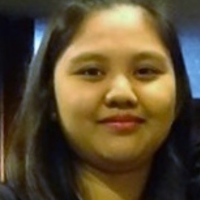 Amino acids make up about 75% of the human body. Vital for the production of proteins, amino acid... Read More

What I Love and Hate about being a WAHM

So many women today are debating about the working mother versus the stay-at-home mom. Yet, with ... Read More