Towards A Rising Sun: A Comprehensive Foreign Policy Approach for the Republic of Japan

Senator Mike Mansfield declared in 1999 that the U.S.-Japan relationship is "The most important bilateral relationship in the world, bar none." Hyperboles aside, the relationship between Japan and the United States is, at least, the most important alliance in the Pacific. The two states comprise approximately 30% of the world's GDP, and they are militarily bonded through the Treaty of Mutual Cooperation and Security. The current geopolitical environment in East Asia makes understanding Japan and its foreign policy vital for international affairs. In a Foreign Policy Magazine survey of 1,615 IR scholars, 66% of them answered "East Asia (including China)" in response to the question "Which area of the world do you consider to be of greatest strategic importance to the United States 20 years from now?"

This paper examines the current geopolitical climate in East Asia. First, it will describe the current domestic policymaking environment in Japan in relation to foreign policy. It will primarily draw upon the work of Richard J. Samuels. Then, this paper will identify the foreign policy challenges facing Japan from South Korea, China, North Korea and Russia. Based upon the conclusions drawn from the domestic Japanese political sphere and challenges posed by neighboring states, it will make specific policy recommendations to deal with each foreign policy issue in the context of each bilateral relationship.

In general, this paper recommends that in order to deal with its foreign threat environment, Japan ought to increase both its engagement and assertiveness in the region. Japan should attempt to involve itself in the Shanghai Cooperation Organization and other China dominated IGOs to increase its ability to engage with China and foster closer ties with states in East Asia. At the same time, it should work to overcome its historical problems with South Korea in order to foster a concrete security alliance. This paper will primarily draw upon the work of Alexis Dudden for the background on this relationship. Japan should actively seek to alleviate historical grievances without weakening its position. It ought to solve its territorial dispute with Russia and sign a peace treaty with Russia. Finally, this paper recommends that Japan should further bolster its military defense capabilities beyond the most recent measures enacted. 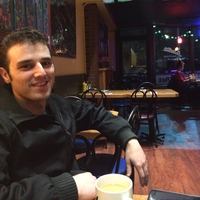 I am a recent graduate from Gonzaga University in Spokane, Washington. Beginning in September, I will work as an English Language Instructor at the Sogang Language Program in Cheonan, South Korea. With an extensive background in speech and debate coaching, I possess well-developed analytical and critical thinking abilities. As a result, I am able to conduct thorough research on any topic and present my findings in an accessible, succinct manner. I have an extensive background in academic writing. I contributed the "Congressional Debate" chapter to the book "The Art of Debate (14th ed.)" by N. Andre Cossette. For my degree requirements, I wrote a thesis paper on Japanese foreign policy.