Top 5 Most Beautiful Female Celebrities Over 40

Everyone knows that Hollywood's obsessed with youth and it's a true shame that so many talented and beautiful women fall into obscurity once they reach a certain age. However, a lucky few have not only managed to stay very much in the public eye, they're also looking better than they ever have before. To see for yourself, check out our guide to the 5 most gorgeous celebrities over 40:

2015 was a great year for Jennifer. Not only did she finally find the man of her dreams (she married fellow actor Justin Theroux in a private ceremony in August), but she also stared in the Wes Anderson film "She's Funny That Way". Despite her busy schedule, she found time to visit her favorite vacation spot in Cabo San Lucas where she showed off her insane bikini bod.

Jenny from the Block's been going strong for close to two decades now and shows no sings of slowing down. Not only is she acting and directing in the hit TV drama Shades of Blue, she also has a 3-year residency at the Axis Planet Hollywood in Las Vegas.

It's hard to believe that Sandra Bullock is already 51 years old. Not only does America's Sweetheart have the face and body that puts 20 year olds to shame, she's been a successful actress for nearly 30 years. The mother of two may not have had the easiest personal life, but that didn't stop her from becoming the highest paid actress in Hollywood in 2014.

Halle Berry sure is one hot mama. She surprised everyone, including herself, by becoming pregnant with her second child at 46 and, shortly after giving birth, she showed up on red carpets looking better than ever. Unfortunately her latest marriage to French actor Olivier Martinez ended in divorce, but we're sure that Prince Charming is waiting just around the corner for the Hollywood alumni.

Actress Sofia Vergara is best known for her role as the fun-loving and carefree Gloria on the TV show Modern Family. Not only is the Columbian-born bombshell absolutely gorgeous, she's insanely lucky in love. In 2015 she married sexy Magic Mike star Joe Manganiello in a lavish Palm Beach ceremony. 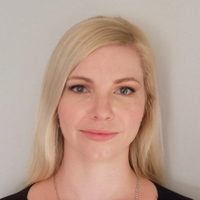 I have been a freelance content writer since 2012. I have written for many different online publications and have extensive experience in copy and content writing, commercial writing, blog posts, fiction, and advertising. I specialize in content for a wide variety of commercial websites and promotional pieces for small businesses as well as entertainment industry articles and home living guides. My areas of expertise are: • entertainment • consumer goods • travel • home living • outdoors and recreation • advertisements, blog posts, and articles • product descriptions • small businesses • SEO

How to expand your customer base by adopting new technology (excerpt)

No matter what size your business is, you&#39;ll need to find creative ways to stay ahead of the ... Read More

VISM by NcStar Tactical Back Pack

The VISM Tactical Back Pack is a small to mid capacity backpack manufactured by NcStar. The main ... Read More