Fight or flight. It is one of the most basic of all human responses designed to preserve life. And curiously, this primal response is experienced very differently by different people. While some crave the hormonal cascade, others avoid it at all costs. If you are among the former, the mere description of the following top five adrenaline rush activities may leave you breathless.

At the pinnacle of adrenaline rush activities is tandem skydiving. Whether skydiving for beginners or seasoned professionals, nothing tops the sheer bliss of the feeling of flight. Skydiving in NJ provides unparalleled vistas that will be seared into your memory. If you are an adrenaline lover seeking exciting things to do in NJ, look no further than Skydive Jersey at Alexandria Field. You'll be glad you did.

Watching Peter Benchley's (now classic) horror flick, Jaws, has become an American rite of passage. For many, just seeing the magnificent great white on screen is as much as they care to take. For others, the on screen experience isn't quite enough. For professional diver and conservationist Ocean Ramsey, it doesn't even break the surface. Whether in the relative safety of a cage, or in open water like Ramsey, swimming with sharks is not for the faint of heart.

If swimming isn't up your alley, but the idea of the chase is compelling, consider Pamplona's ancient tradition – the running of the bulls. Dating back to medieval times, the yearly summer festival's highlight involves men and women careening down narrow, gated Spanish streets with one and a half ton snarling beasts breathing down their necks. Whether spectator or runner, the Sanfermin's encierro is sure to make your heart beat faster.

Waterfalls, volcanoes, and canyons . . . oh, my! If you thought science was all about mind-numbing lab work and dreary statistics, think again. Sometimes, science involves rappelling into the heart of a sleeping volcano. If a scientific expedition, even into a magma chamber, doesn't rev your engines, how about rappelling into a canyon or off the side of a waterfall? Waterfall rappelling in Costa Rica, for example, is a breath taking adventure that will leave you thirsty for more.

These are not your mama's carousel rides. The fastest (Formula Rossa near Abu Dhabi, in the United Arab Emirates), highest (Kingda Ka in NJ), most extreme roller coasters draw aficionados from every corner of the planet. Extreme rides are not always in roller coaster form, however. The "Insanity" ride atop the Stratosphere Tower in Las Vegas, for example, will whirl your insides at 3 gs over the strip. 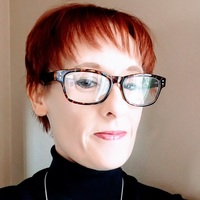 Dr. Blood is a creative, community-minded freelance writer with a passion for children’s literature. During the day, she leverages her academic background in psychology to craft sizzling copy for businesses and nonprofit organizations. In her off hours, if she isn't organizing the next charity event in her hometown, you will probably find her indulging her adrenaline habit on bigger, better, faster roller coasters.

**Destination doughnut hole: A weekend in Flemington** The bad news: you've got to travel out of... Read More

If your kid has to swallow pills, this brilliant hack can help