The Show & Tell of Parenting

"I should have talked less and showed you more!" My mother's words were ringing in my head as I walked into the police station with my son. The woman at the front desk looked nervous to hear what I had to say. Was someone injured? My voice cracked and I started sobbing as I boldly asked, "Can you please have an officer talk to my son about why it's dangerous to hide from mommy in a department store?" The woman sighed in relief and tried not chuckle. "Sure" she kindly said. I knew this woman was a mother because her eyes showed understanding, not judgment. As a parent, she knew my anger was fear-based and the fear was developed from the 100 'what if' scenarios that play through a parent's mind when we temporarily lose our kids. As a law enforcement employee, she was glad I took safety seriously. Next, the gentle and very wise lieutenant talked to my confused son who, moments earlier was infuriating and now is so very precious…reminding me he has only been alive for four young years. That's when I realized my pleas to my small child are no different than my mom's pleas were to me when I was a teenager. "I should have talked less and showed you more!" she'd say when I smoked a cigarette in front of her at 18, 19, 25 and even 29 years old (I quit at 30). More than once my mom said: "When you were 17 and tried smoking, you said you would never be addicted! I should have known better than to trust that. I could have lectured less. I could have brought you to meet people sick with emphysema so you would see the dangers for yourself." Teens, like toddlers, want to do the right thing but they do not usually understand the whole picture – as it is with smoking and other impulsive decisions that can have detrimental consequences to one or more people. Even if the teen understands the logic of a good or poor decision, the majority of them have that teen-disease which causes them to believe they are invincible. They can talk themselves out of a wise decision with these simple and false words: "It won't happen to me." Regardless of what the parenting challenge is, these statements are usually at the core of the problem: 1. A parent wants so badly for their child to understand why making certain decisions could ruin their life. 2. The child wants so badly for the parent to just get off their back, trust them, and let them fumble around as they seek independence. This conflict can put parents and kids on opposite sides and they forget it all started from love. THE SOLUTION: Try rekindling that friendly bond and look at the relationship as a partnership. The following is inevitable: teenagers will push forward and test their tenacity, discover their limitations, build their character, challenge their ethics, pursue their imagination, and they will begin to live for their own rules – not their parents. And we should support this! (Teens really are like a four-year old!) Instead of fighting through their journey, try to find common values so they trust you and your knowledge. Discuss your differences: This is why I feel I should be trusted to have a midnight curfew. This is why it is not safe for you and why it is so difficult for me to allow you to have a midnight curfew. I guarantee there is a compromise in there somewhere; one that is built on mutual trust and respect for the other's position in this partnership. When the kind lieutenant finished talking with my son he said, "Now before I give you these stickers, tell me what you learned today?" My four year old said, "To trust mommy and daddy." I went in thinking the lesson is, to listen your parents. I felt much more empowered to walk out of there with a son that wanted to trust me, than one that felt intimidated into saying he will listen. 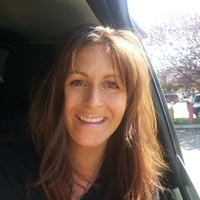 Sample from a grant proposal

Learning Life Company's MISSION is to offer a bridge for young adults to cross into adulthood. Th... Read More