Amidst the delicate filets of flounder, the tender pink salmon, and the hearty cuts of swordfish, you probably would not deign to offer a second glance to something called toothfish, except perhaps to scrunch your face up in quizzical disgust. You wouldn't be alone.

For years, fisheries tried unsuccessfully to market the Patagonian Toothfish, but the name was highly unappetizing to the public. It seemed as though the toothfish was doomed to quick condemnation in the United States, as consumers relied upon the safe familiarity with other fish to base their purchasing decisions on, unwilling to experiment with this new contender.

A lot has changed in ten years. The Patagonian Toothfish, once plentiful in southern oceans, now suffers immensely from overfishing, and is coming dangerously close to commercial extinction. Its popularity has increased tenfold, and can easily be found on many menus, and is purchased extensively at supermarkets and fisheries.

So how did it get so popular? Some quick thinkers were of the opinion that a more attractive name might hold considerable sway over the masses, and promptly began marketing the Patagonian Toothfish under its new and improved moniker, Chilean Sea Bass.

It was nearly an overnight success. The pairing of the subtle exoticism of Chile and familiar characteristic of bass propelled the fish into the limelight. The supple white meat suddenly exhibited new clarity under this new label, and lo and behold, it also tasted good. The Chilean Sea Bass was a rising, shining star in the seafood world. Its celebrity status was the talk of the culinary town. But, unfortunately, no one could predict that there was a dark side to its sudden stardom.

Chefs hailed the fish for its rich flavor and susceptibility to various cooking techniques and flavorful creations, and consumers greedily and happily purchased Chilean Sea Bass in droves, glad to set the supper table with such an exciting alternative to salmon and swordfish.

Chilean Sea Bass have the unfortunate distinction to suffer from very slow maturity. Due to the onset of its immense popularity, the combined years of mass overfishing have caused the once thriving population of toothfish to sharply and severely decline. Many chefs and restaurants, as well as environmental groups, now act to try to save the toothfish from future extinction, giving them time to recover and reproduce, but the fight against illegal fishing is hard and long, and so far has been largely unsuccessful in stemming the tide.

The plight of the fish is certainly something to consider, but even more foreboding for humans are the health warnings associated with the Chilean Sea Bass. The fish is extremely high in mercury, and consumers are advised to eat only two meals consisting of sea bass per month, with only one meal advised for children. Despite their clean, freshly sweet taste, for health reasons they are now considered one of the worst fish to consume.

And so while they still remain something of a celebrity, the notoriety of the Chilean Sea Bass is quickly catching up to it, and it may not be long before the name of Chilean Sea Bass disappears from markets and menus as quickly as Patagonian Toothfish did. 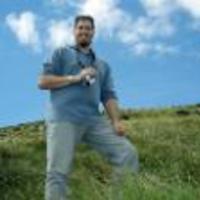 I possess a strong 20-year background in marketing, digital marketing, and advertising. However, writing has always been a true passion of mine, and after working in corporate offices for many years, I turned my passion for writing into a full-time job. As a contract content writer for the last 12 years, I have acquired vast knowledge about a variety of different subjects. I have also written and published two fantasy novels and a collection of short stories. While I can conduct investigative Internet research in order to write informative content for articles, press releases, blog posts, and websites, some of my areas of expertise include: Digital Marketing-- Entrepreneurship-- Health & Wellness-- Home Improvement & Gardening-- Data Security-- Food & Cooking--

Customer Ratings: 773
Get Started With This Writer View Profile
Power your marketing with great writing. – Start your 30-day free trial today! GET STARTED

X steps after a check bounces in a real estate transaction

How to wire money for closing

How to Prepare to Buy a House

Co-Parenting During the Holidays

How common is identity theft in real estate transactions?

Why is customer experience important for a business

How to build a video marketing strategy

Why (professional) video marketing is so powerful

11 different styles of video that promote your products professionally

Why Farmland Is A Good Investment

Every so often, a media outlet reports on a major data breach affecting a large corporation and h... Read More

A Barbecue Enthusiasts Review of the Big Green Egg

Despite the popularity of industry standard Weber barbecues and Brinkmann barbecues, it&#39;s a b... Read More