Want to travel the world? Great! All you need is money and the right documentation. No problem, right? Wrong. Depending on your nationality, destination and age, there are all kinds of problems you'll inevitably encounter before you can even go through the airline gate. More often than not, long-term travellers select their destinations based on how easy it is to get through the border. For non-Commonwealth and non-US citizens, those destinations are anything but plentiful. Imagine, for a moment, that you are a Mexican citizen and you want desperately to spend a year or so living in the United Kingdom. Or that you are a Canadian that wants to work in a bike shop in the Netherlands. The short answer to these visa queries? "Nope." The humble and once ubiquitous Backpacker is losing his footing in this modern world of strict visa laws and pre-emptive cuts to working and visitor stamps.So what is the problem, exactly? It all has to do with employment - and with unemployment. You may not have realized it before, but politics has everything to do with how easy or difficult it is for foreigners to live and work abroad. CANADA'S IMMIGRATION RULES HAVE BEEN GETTING TOUGHER OVER THE LAST DECADE Canada has long been hailed as the most immigrant-friendly nation on the planet. Between 1989 and 2013, 5.8 million permanent immigrants came to Canada to live and work - but the current government has been doing everything it can to cut these high rates. In 2004, Canadians voted in a Conservative government under the leadership of Stephen Harper. On the agenda: getting tough on immigration and citizenship-seekers. Prime Minister Harper told Wall Street Journal reporters: "We have been quite systematically re-orienting our immigration over the last several years to make it more focused on economic needs and focused on more long-term labour market needs." What does that mean for tourists? Basically, if you aren't a member of the Commonwealth or in possession of a special work permit, you can stay where you are, thanks very much. The catch is, obtaining a special work permit is impossible unless you agree to be a member of a government-supported working scheme, or a Canadian employer specifically asks for you to become an employee. As for flying into Vancouver with a backpack and working your way to St. John's with a year's worth of coffee shop jobs? Not going to happen. THINGS AREN'T MUCH BRIGHTER FOR WOULD-BE LONG-TERM UK TOURISTS In the United Kingdom, the politics of tourism and immigration are even more convoluted thanks to European Union regulations. By law, citizens of any EU country are able to apply for jobs, both long- and short-term, in each of the 28 member states. For the UK, this means a huge influx of migrant workers looking for comparatively excellent wages in the form of the most valuable currency in the world. Again, politics has come into play since the British government wants to preserve jobs and benefits for its own local citizens. According to the UK's Secretary of State for Work and Pensions, Iain Duncan Smith, non-UK workers now face a test to determine whether or not they are able to receive benefits. The United Kingdom has long been a world leader in the provision of health care benefits and jobless compensation for its citizens, but many Brits fear that these benefits are specifically attracting jobless people from across the European Union. So, again, politics have played havoc with the non-EU Backpacker's itinerary. Fear of unemployment and a small slice of the benefits pie have led to immigration reforms that essentially turn away any temporary worker from outside of Europe that doesn't possess immense start-up capital or specialized skills in a crucial industry. So much for working at a London bookshop for a year while learning the secrets of Cockney rhyming slang. DON'T BOTHER LOOKING EAST, BECAUSE JAPAN DOESN'T WANT YOU EITHER Despite being fairly open about its short-term tourist policies, Japan's government isn't keen on welcoming temporary workers onto its ancient shores either. In fact, only about 2% of Japanese residents are foreign-born. Special agreements with Mexico, the UK, Switzerland, Germany, Austria, Ireland and Liechtenstein allow citizens of these countries to enter without obtaining a visa beforehand, for up to 90 days. Once in Japan, the tourist visa can be extended for up to 6 months. Of course, you're not allowed to take on any paid work during this time - just spend the money you've brought with you from elsewhere.When it comes to getting your hands on a temporary working visa, you'd better have an impressive university degree or considerable experience in your field. In Japan, you can't simply hold a general working visa - it must be specific to your industry. If you are allowed to work on an Engineering visa, you can't simply take up a job working at a fishery when the mood strikes you. The tight rein on immigration has been questioned in recent years thanks to the fact that Japan's population is actually shrinking. Prime Minister Shinzo Abe has rejected the idea of immigration reform, however, stating: "In countries that have accepted immigration, there has been a lot of friction, a lot of unhappiness both for the newcomers and the people who already lived there." Learning the art of the Tea Ceremony while earning a few yen hauling produce for a local store? Not going to happen while this guy is in power. It's sad - and something to think about the next time you hear a speech about immigration reforms. 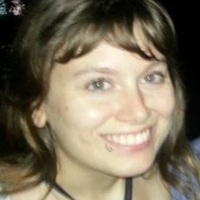 I'm a Canadian expat (read: immigrant) living in the beautiful Mexican Caribbean. I love cats, food, travel, music, and I'm an excellent source for optimized SEO content! My work has been printed in the Wiltshire Gazette and Herald, Playboy, Earth Island Journal, Be a Freelance Blogger and many other great publications.

**Google is constantly evolving to pre-empt and counter advances in SEO. Here are the biggest alg... Read More

Recent sightings ignite hope for species thought to have disappeared from the Mexican island It h... Read More