The Motivation to Exercise

It's that eternal problem: You want to exercise, but gosh darn it, you don't want to do it right now. Your future self will be a healthier version of your present self; that person, whom you'll become, will exercise regularly and eat sensibly because that person will have motivation that you currently do not. Everyone understands this condition; it's a form of present bias that underlies the human experience and is perhaps most strongly felt in our ability, or lack thereof, to exercise regularly. Desiring the Moment Consider the lack of immediate incentive to exercise. The short-term benefit seems surprisingly negligible, and the mind is more inclined toward preservation of calories than their unnecessary expenditure. You exercise because it's good for you in the long-term, but that impulse has to be self-made. Army recruits have drill instructors compelling them to exercise; parents have children urging them to support the household. What compels you to exercise? You know you should intellectually, but when the moment comes, the desire to stay in bed in the morning or go straight home after work is overwhelming. Life is an accumulation of moments, and before long, this consistent favoring of the "lesser" choice becomes the whole story. What can be done? A Universal Experience Firstly, remember that your predicament isn't uncommon. No one makes perfect decisions all the time, and everyone procrastinates to some degree; many talk about writing a book or learning a new language without ever following through. The reason these things stay permanent "somedays" is the same disparity of expectation that drives your inability to workout regularly. In recounting his own struggle with self-discipline, Ben Franklin wrote that "inclination is sometimes too strong for reason." This is certainly correct. There are two layers of thought for you to contend with: 1. That which plans. 2. That which wants. It's necessary to understand you're not at fault; thinking of it as laziness or an inherent character flaw doesn't get at the true issue and is more hurtful than anything else. Knowing that what you want right now and what you'll want later are not the same is the significant factor here. Taking Action It isn't enough to talk about becoming more disciplined; if you leave it at that, you'll be right back to Internet searching "how to be more disciplined" a month from now. Neither is it enough to say "just do it" because the entire problem is that you don't want to. You need to exercise your mind to be more disciplined as well as your body, and that's the key element that many self-help guides miss out on. 1. Understanding: There isn't something wrong with you because it's hard to commit to an exercise routine. It's really quite natural. Don't scold yourself when you fall off the bandwagon or punish yourself by binge eating cake because you had one Twix you shouldn't have. 2. Self-accountability: It's the hardest thing to do because it demands action, just like exercise requires action. Talk to yourself through writing. Ask: Did you achieve what you wanted today? Why or why not? Where can you improve? 3. Track Your Time: Just like tracking calories, take at least one day — or more — to understand how you used the time you did have. Time spent browsing social media or answering emails builds up remarkably fast; you can't prioritize if you don't pinpoint the inefficiencies. 4. Keep a Record: Let's say you notice that for every 10 days, nine are spent not having accomplished what you really wanted. When you see that on paper, you perceive the truth in a way that's impossible when your past is swiftly left to imagination. Rationalizing the Moment Do you ever look back on time spent exercising and say "Jee, I wish I hadn't done that workout?" Of course not; personal health is never a waste of time. Remember this the next time you're caught between sitting down or completing your workout. What you want now is not what you're going to want later. At this minute you want to relax online, but later tonight you will want to have exercised and you'll plan to try again tomorrow. Seriously, take a moment to write it down and watch how often this cycle repeats. Motivation isn't half the battle; it is the battle. Attacking your motivation directly will let you commit to working out and maybe even improve other aspects of your life in the process. 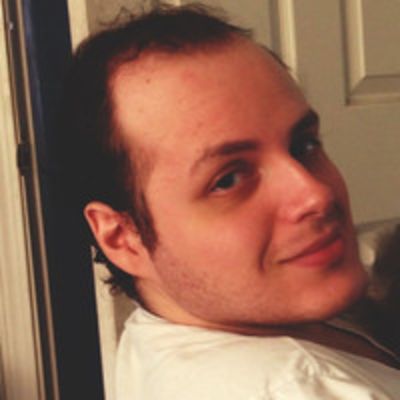 Dieting to Get Smarter

The central conflict in the human condition might have been best summarized by Ancient Rome&#39;s... Read More

The Role of Mitigation in DUI Per Se Cases

DUI Per Se criminalizes the operation of a motor vehicle with a blood alcohol level (BAC) of 0.08... Read More