The Matter of Mistletoe

A walk through an oak-hickory forest during the winter is a study in earth tones. Aside from the green leaves of a few scattered magnolias (Magnolia spp.) and hollies (Ilex opaca), most of the forest's broad leaves have died; their beautiful autumn color fading to some shade of brown. While American beeches (Fagus grandiflora) and some oaks (Quercus spp.) retain some of their dead leaves through the winter, most broadleaf trees relinquish their leaves to the forest floor below. Nevertheless, you may notice a few trees bearing small tufts of green vegetation, looking conspicuous and out of place. Though they may appear to have sprouted directly from the tree's branches, these leaves represent an entirely different organism. You are looking at mistletoe – an evergreen parasite that makes its living high in the trees. Though taxing to the trees on which they grow, mistletoe plants are important components of local ecosystems, and they increase the biodiversity of the habitat. You could say that mistletoe is bad for the tree, but good for the forest. Classification and Range Various mistletoe species live throughout the world. However, botanists debate the classification and nomenclature for these plants and contradictions abound. Most authorities agree that the form native to Georgia is a member of the genus Phoradendron, but there is widespread disagreement regarding the identity of the species. According to the University of Georgia, Athens, Warnell School of Forestry and Natural Resources, the primary species found in Georgia is American mistletoe (Phoradendron serotinum subsp. serotinum); but, the US Department of Agriculture Plant Database lists the species as oak mistletoe (Phoradendron leucarpum). Regardless of what you call it, Georgia's native species ranges west as far as Texas and north to Ohio and Pennsylvania. Mistletoe Description To obtain nutrients from its host tree, mistletoe connects to the trunk or a branch via a stalk-like structure termed the haustorium. The haustorium (pictured above) penetrates the xylem (woody tissue) of the tree, giving it a firm point of attachment and access to the tree's resources. Small, thick, green leaves, about 1-inch-long by ½-inch-wide, cover the plant. To help prevent desiccation, the leaves bear a waxy cuticle — a common method by which evergreen species survive dry winter weather. Some older specimens become quite large and form clumps approaching 3 feet in diameter. Mistletoe is a dioecious plant, meaning that each individual has either male or female flowers — not both. The inconspicuous green flowers appear in the late summer or early fall. In the winter, female plants produce small, white fruits in clusters of two to six. Mistletoe Lifecycle Mistletoe begins life as a seed tucked inside a drupe (a drupe is similar to a berry). After the drupes are consumed by birds, the seeds eventually find themselves landing on the crooks of tree branches, after the outer covering has been digested and the seeds expelled. A sticky coating helps the seeds to get a foothold on a branch; shortly thereafter, the seed begins a six-step process allowing them to penetrate the branch, set up shop and grow leaves. If all goes well, the plant may live on the tree for many years. Botanists refer to mistletoe as an obligate, hemi-parasite – meaning that while it must parasitize a host, it pulls some of its own weight. Mistletoe derives water and nutrients from its host tree; but it also possesses chlorophyll and produces its own food via photosynthesis. Mistletoe Ecology Mistletoe is a keystone species, meaning that its impact on the habitats in which it lives is disproportionate to its abundance. Many birds rely on mistletoe berries as food, while others use the clumps of dense leaves for nesting. Mistletoe also produces nectar for flying insects, who ferry pollen from one plant to the next in the course of their feeding activities. Studies of Australian mistletoe species by David M. Watson and Mathew Herring, of Charles Sturt University, Albury, New South Whales, demonstrated that mistletoe provides vital resources for about one-quarter of the local woodland bird species. When Watson and Herring removed the mistletoe from an experimental plot, about 35 percent of the resident bird population disappeared the following year. Damage to Trees While it is important to understand that a little bit of mistletoe growing on an otherwise healthy tree represents relatively little risk, significant mistletoe infestations can cause problems for their hosts. Stressed or drought stricken trees are at much higher risk of serious complications than healthy trees are. In fact, because trees that are already in decline often produce "patchy" canopies (which allows more light to reach the mistletoe's leaves), the parasites often thrive best on these weaker trees. Removing mistletoe – including the entire haustorium, which penetrates deep into the branch – can help to improve the health of infected trees. However, if you neglect to remove all portions of the haustorium (or the branch to which it is attached), the plant is likely to regenerate. Given the height at which most mistletoe grows, the task of removing it is best left to professionals. 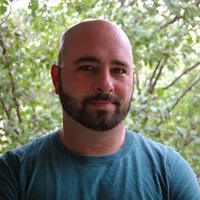 Ben Team is a lifelong environmental educator and International Society of Arboriculture-certified arborist with nearly two decades worth of professional animal care experience. Ben has authored, co-authored and ghost written more than 1,000 articles, blog entries, educational references and books, in both print and electronic form. Read more by Ben at www.FootstepsInTheForest.com.