The Lead Battery Industry Faces Competition From a Surprising Place: Your Phone

While you're reading this, Winston Kliethermes is probably thinking about batteries.

He owns B & W Battery & Auto Repair in Jefferson City, and he says he's been working with car batteries since 1974.

There are a lot more kinds of car batteries around now, but almost all of them have one element in common: lead. Lead-based batteries have long been the standard for transportation like cars or boats, and companies across the globe also use lead-based batteries to power their servers in case of emergency.

It's a well proven system.

"Batteries in general have stayed the same for 50 years," Kliethermes said, "At least as far as the way they look and what they do."

Propelled by the growing number of cars in places like China and the increasing need for online data centers, the lead battery industry is flourishing. Analytics firm Grand View Research valued the market for lead-based batteries in 2015 at almost 47 billion dollars, and they're forecasting a growth of nearly 4 percent a year over the next five years. A lot of this success comes from lead batteries' history – people know what to expect.

"I think the reason why they persist today is because of cost compared to alternatives, the reliability of this technology and the fact that despite their you know lack of greenness in terms of a lot of content they're very recyclable," said Patrick Donovan, a researcher for Schneider Electric, a company that sells battery systems for industrial and business applications.

Nearly any lead battery you might buy today is made of recycled material – after the chemistry in old batteries has worn out, the raw material can be smelted and used again.

But lead batteries can present some challenges. They're made of lead, so they're really heavy and they take up a lot of space. They can take a long time to charge. They only last a few years, and while recycling lead batteries is a lot better than mining fresh lead, it can still be a dirty and dangerous process if it isn't done right.

To address these issues, manufacturers are beginning to explore a very different kind of battery – one similar to what you probably have in your cell phone. They're called lithium ion batteries. They're two to three times more expensive than lead batteries, but they also have some advantages. They can last significantly longer, and they're often much more compact.

Lithium ion batteries have already supplanted lead as the standard for electric cars and home solar energy systems, but they're still trying to gain a foothold for use in standard cars and computer backups, which together make up the vast majority of the lead battery market.

Part of the reason for this struggle is safety. Lithium ion batteries can be dangerous if they're not charged correctly. They can overheat and even catch on fire. Sometimes, these safety issues can catch up with companies and bring them major headaches. Last year, Samsung's Galaxy Note 7, which was recalled because the safety measures on its lithium ion battery weren't working correctly.

Back at his shop, Winston says he doesn't work on lithium ion batteries – they tend to be more dangerous, and the equipment is expensive.

"You have to have special gloves and special equipment just to handle that, and your gloves have to be maintained and checked ever six months to a year," he said.

Mechanics say they usually ship cars with lithium ion batteries back to the factory for repairs instead of dealing with them locally. For now, Winston says that's serving him well – "the battery business is still the battery business."

But based on the success of their hybrid and electric car batteries, companies like General Motors are developing prototypes to see what lithium ion batteries may be like in standard use. This means after forty years, Winston's business may change in front of him. 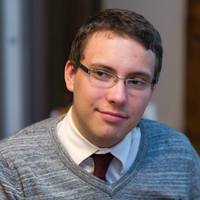 I've been writing and developing software professionally since high school, when I began work ghost writing blogs and making apps for local online businesses. Since, I've built on this experience to become a professional in the news industry, where I combine my skills in writing, multimedia production, and web development to create dynamic online content. I've had the privilege to serve as a writer for several feature documentary films, produce numerous podcasts, and work on a team to develop high-profile iOS applications in the finance sector. Some particular areas of expertise for me as a writer include higher education, business, civics, popular culture, and technology. I'm quick to adopt house style, and always love a challenge. I'm excited to start building a relationship with you as a customer and give you a top tier experien...

Impeachment in a Nutshell: How Missouri’s Governor Could Lose His Job