Versatility can get you far in the world of music, and one artist who epitomizes this is Hungary's Istvan Alapi. His guitar playing can be heard on over 200 albums, ranging from heavy metal to jazz, in the modern music out of Europe. He is an in demand session musician, and still has time to record and perform with the Hungarian rock band, Edda Muvek, and to teach guitar and record his own Jazz Fusion.

As a boy, Istvan developed a love of music from when he first started listening to the radio. His passion for music was so evident, his parents bought him his first guitar at age ten and enrolled him in music school. He rose to be a member of the most famous band in his city. His first national success came with the band Moho Sapien's where he got the attention of Attila Pataky, the leader of Hungary's most popular rock band Edda Muvek. By 1990 he had played on four albums by Edda Muvek and won an award in 1990 for his artistic work. He took a break from Edda Muvek in 1991 and went to Canada and formed the band XL Sisters Formation. In 1993 he returned to Edda Muvek, where he would stay as their lead guitarist up until today.

He is an accomplished Jazz fusion musician, which is very clear to those with a discerning ear. When listening to his work, you will hear overtones from such classic jazz artists as John McLaughlin and Chick Corea, to legends of rock like Jimmy Page and Steve Lukather. Listen to his latest works ni X factor, and Inner Vortex on Arabesque Records to experience one of the premiere guitarists to come out of Europe today! 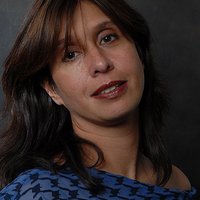 **Brahms is Not Just a Lullaby…** _"Without craftsmanship, inspiration is a mere reed shaken in ... Read More

**Edvard Grieg: Norway's Enduring Contributor to Classical Music** "I am sure my music has a tas... Read More