The History of the iPod - Rolling Stone

A dozen years, six iterations and one permanently-transformed recording industry later, it's (nearly) the day the music died for Apple's iconic iPod classic. According to tech industry insiders, the electronics giant plans to discontinue the popular portable media player following today's keynote, its first major unveiling since June's Worldwide Developers Conference. Despite legitimizing and popularizing digital downloads, and selling over 100 million devices and 25 billion songs since debuting in 2001, analysts predict the device's impending demise given skyrocketing interest in cloud and streaming services. Sales have continuously fallen since the iPod touch's introduction in 2008 and the subsequent rise of apps, with the Classic model accounting for just 2% of Apple's total revenue this past quarter. Despite the latter's voluminous 160GB hard drive – capable of storing up to 40,000 songs – growing interest in Internet-based storage solutions, a lack of hardware updates and the gadget's increasingly niche audience all make it an unlikely candidate for continuing production. Arguably long overdue, the prospect of retirement nonetheless remains a troubling development for audiophiles and gearheads. Given its achievements – i.e. supplanting Napster as enthusiasts' favorite online jukebox, adding a more approachable face to technology and using dancing silhouettes to render indie rockers Caesers temporarily relevant outside their native Sweden – it's impossible to underscore the iPod classic's cultural influence. As we prepare to greet a future devoid of click-wheels and bursting with color touchscreens and WiFi connectivity, we thought it fitting to look back at the device's evolution – and the indelible imprint it's made on both listeners and the music business alike. 1st Generation (October 2001) The original iPod classic boasted a boxy, Game Boy-like design, black-and-white display, mechanical scroll wheel and 5-10GB hard drives. Despite predating iTunes by two years, packing DRM copy protection and lacking support for Windows computers, the unit, which was capable of storing 1,000 songs, would quickly emerge as a cultural icon. At the time, music lovers enjoyed three ways to savor their favorite songs and albums: Corner shops, illegal downloads and cumbersome subscription services run by record labels. Within just two years, though, it would single-handedly transform the way the world purchased and enjoyed music, and – as a happy coincidence en route – save millions of innocent teens from inadvertently clicking their way to six-figure fines and felony charges. Just think: All this and more could've been yours for the bargain price of $500. 2nd Generation (July 2002) Oops, they did it again: Only now with support for Windows PCs (using the MusicMatch Jukebox program – iTunes was only compatible with Macs at the time), a touch-sensitive control wheel and more stylish and streamlined design. Storage space was also increased to 20GB and 4,000 songs. Spurred by growing public enthusiasm (and fact it's among the first modern high-tech devices whose sheer practicality and idiot-proof interface make it a favorite with lay users), sales soar to over 600,000. Both Steve Jobs and technophiles worldwide rejoice. 3rd Generation (April 2003) Spurred by the launch of the iTunes Music Store, which offers more than 200,000 songs for $0.99 apiece, the third time's clearly the charm for Apple, as one million tracks are sold in a single week. Models are also thinner, navigated using touch-sensitive controls, and boast a dock connector, giving birth to an entire industry of chintzy accessories and speakers. Hard drive space grows to a maximum 30GB and 7,500 songs (prices now start at $299 for a 10GB model), only to swell to 40GB with a product line refresh later in September. While battery life drops to 8 hours (due to a change in design), the gadget's star only continues to rise, as the iPod Classic tops 2 million sales for the year (doubling its audience size from June to December) and iTunes breaks the 25 million song download barrier. Apple also introduces its iconic commercials of silhouettes in white earbuds getting jiggy. 4th Generation (July 2004) Furthering its descent into anorexia, '04 sees the iPod continuing to plummet in size, weight and pricing (think 20-40GB for $299-$399), while the touch wheel evolves into a click wheel, as previously seen on the iPod Mini. With iTunes making its international debut in the UK, France and Germany, song downloads balloon from 50 to 100 million between March and June. Basking in the glow of 10 million units sold, the iPod Classic draws perilously near to jumping the shark though, as it partners with Bono to introduce a U2 Special Edition (colored black and red, autographed by the band and offering a discount on the band's "bargain-priced" $149 discography), even as BMW debuts the first car stereo system with support for the device. Still, the party's just getting started, with the iPod Photo (the first to sport a color LCD screen, allow 5 hours of slideshow playback and retailing for up to $599 for a 60GB model) debuting in September, and a slimmer unit with built-in color screen replacing standard models as the default option by 2005. 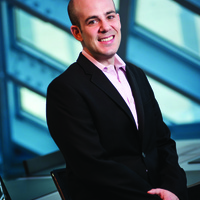 Business Travel Tips: How to Get More Done - Huffington Post