The Historical Beginnings, Discovery and Eventual Treatment of Thiamine Deficiency

The Historical Beginnings, Discovery and Eventual Treatment of Thiamine Deficiency

Polish scientist Casimir Funk first introduced the concept of vitamins in the early 1900s. His interest in the subject was fueled by nutritional deficiencies plaguing the world at the time like Scurvy and Beriberi. However not much was known about Thiamine or the causative agents of said diseases. Through the investigation and study of nutritional deficiencies in Southeast Asia, the importance of thiamine and balanced nutrition was uncovered. This began the basis for the development of treatment protocols for the thiamine deficiency syndromes Beriberi and Wenicke-Korsakoff syndrome.

Many of the old world nutritional diseases were a product of technological advances. Advances in sailing technology allowed for longer sea voyages which led to the vitamin C deficiencies in sailors who suffered from Scurvy. Similarly, the European introduction of steam powered rice milling in their Southeast Asian colonies led to a dramatic increase in the number of Beriberi cases. Although Beriberi was known in Asia it wasn't discovered by European physicians until colonies were established throughout the 18th and 19th centuries. The first English account of Beriberi was recorded by British army physician Thomas Christie in colonial Sri Lanka during the 1790s and early 1800s who found the diseases affecting soldiers in the English East India Company. With the introduction of milled rice by the Europeans, many colonials switched to plain white rice which was considered to be superior in taste as compared to the regular brown rice. Rice made up the majority of indigenous Asian diets. As a result the main source of thiamine for Asians came from the whole unprocessed rice. However, as consumption of the processed, de-husked plain rice increased, so did cases of Beriberi.

The cause of the nutritional deficiency is the lack of thiamine in the diets of those who ate the processed white rice. The outer husk of harvested rice contains many vitamins and minerals which are lost in the milling process including Thiamine. By the 1870s consumption of polished rice led to a thiamine deficiency epidemic across south-eastern Asia. According to a study published in 1907, physician Leonard Braddon estimated that nearly 100,000 fatal cases of Beriberi in China in the two decades prior to the study, and 30,000 deaths in British Malay in the same time period. This devastating pattern followed across Asia. The final identification of a vital nutrient as the cause of the disease was described by Dutch physician Christiaan Eijkman after a series of experiments involving chickens, monkeys and prisoners. For his work he was awarded the Nobel Prize in Medicine in 1929. Today, the effects of thiamine deficiency are rare in patients besides chronic alcoholics. Mass produced foods like rice and pasta have been enriched with thiamine since the 1940s preventing further cases of thiamine deficiency, and much more is known about the disease.

Thiamine has multiple functions in the body as a micronutrient. Its main function allows cells to metabolize glucose aerobically for ATP generation in the glycolysis pathway. The main cause of thiamine deficiency in the modern world is chronic alcoholism. Alcohol intake increases the need for thiamine in the diet. Other conditions related to poor absorption of thiamine also contribute such as poor diet, impaired absorption, storage and phosphorylation of thiamine in the liver. Since thiamine is not a lipid soluble vitamin, it has poor storage in the body. Lack of thiamine leads to deficiency and symptoms manifest within one month of deficit. Therefore, thiamine needs to be a regular part of the diet to prevent deficiency syndromes.

Thiamine deficiency has led to two diseases: Beriberi and Wernicke-Korsakoff Syndrome. Beriberi has two main subtypes referred to as "dry" beriberi and "wet" beriberi. Dry beriberi presents with mostly neurological signs and symptoms. It manifests as chronic peripheral neuropathy with wrist/foot drop and paraesthesia of the lower limb. Wet beriberi is mainly a cardiovascular condition. In addition to the symptoms of dry beriberi, it includes edema of the legs, face and trunk. Chronically, there can be enlargement of the heart, palpitations, tachycardia and even death due to heart failure. It should be noted however that wet beriberi and dry beriberi often occur together and are two halves of a broader disease pattern. Much more devastating and long standing neurological damage can lead to the symptoms found in Wernicke-Korsakoff syndrome.

Wernicke-Korsakoff Syndrome is a relatively rare condition almost exclusively seen as a complication arising in chronic alcoholics. Chronic thiamine deficiency leads to damage to the mammillary bodies, dorsomedial nuclei of the thalamus and adjacent areas of periventricular grey matter. This leads to Wernicke's encephalopathy which causes nystagmus, opthalmoplegia, ataxia and confusion. These symptoms are reversible. However, without prompt treatment Wernicke encephalopathy can quickly lead to an irreversible condition known as Korsakoff psychosis. This late stage manifestation of the syndrome leads to severe short term memory deficits and confabulation.

As with many nutritional deficiency disorders, treatment of beriberi can be as simple as reintroducing the missing vitamin into the diet. Dry beriberi responds better to multivitamin therapy, indicating that other vitamins may play a role in the pathophysiology. Wernicke-Korsakoff Syndrome stems from irreversible damage to critical anatomical brain structures and, consequently, there is no cure for the symptoms that arise from it. The most important way to treat thiamine deficiency is to prevent underlying causes such as alcohol dependence and malabsorption disorders. Prevention with high doses of thiamine and vitamin therapy is standard. In cases of severe thiamine deficiency (such as in WKS), patients are treated with IV Thiamine solutions for treatment.

Nutritional deficiencies have occurred throughout the world and across cultures. Thiamine, the first of the "B Complex" vitamins, proved particularly fatal to the diaspora spread across Asia. Today, nutritional deficiency disorders occur mostly in extremely impoverished communities in third world countries. The discovery of vitamin B1 underscored the importance of balanced nutrition and helped to begin vitamin fortification in the modern food supply system. Despite the infrequency of nutritional deficiency cases in the modern world, history demonstrates the importance of healthy nutrition awareness and practices. 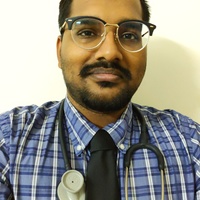 I am a medical student that has years of experience writing for numerous industries from healthcare and medicine related topics to marketing and business development. Being from a medical background, and only a year before I become a doctor, I have amassed a large knowledge base that helps me write professional, insightful commentary for many clients in the healthcare industry. I also spent time exposing myself to business development and marketing over the past few years. These skills have allowed me to help clients create content that's best suited to market products and services to their chosen target groups. Feel free to contact me anytime. I look forward to working with you!