In an increasingly global economy, individual nations struggle to create a tax system that appears principled, fair, and objective to taxpayers. With multinational entities' increased visibility of alternate tax regimes, countries experience competitive disadvantages when their taxpayers find another regime more favorable. Tax evasion and abuse of the international tax system have become defining characteristics of both the culture and economy of many nations. Foreign investment in tax havens shifts income away from nations with unfavorable tax rates, strict or complex tax policies, or high levels of regulation. This shift, however, does not mirror the shift of economic drivers. Many nations respond to these "unfair" tax practices in a variety of ways, two of which are discussed in detail below.

The Foreign Account Tax Compliance Act (FACTA) serves as an example of countries' efforts to enhance communication and transparency regarding foreign accounts held by resident taxpayers. For example, in response to Swiss bank secrecy laws, the United States threatened to impose a 30% withholding tax on American investments if Switzerland did not divulge certain information outlined by FACTA. Elimination of abuse of international tax law enforces the importance of laws and treaties enhancing communication, such as those proposed by BEPS Action Item 13 and FACTA. The new legislation seeks simplicity, as taxpayers cite complexity as a key factor in tax evasion. New, mandated transparency regarding "shadow economies" and transfer-pricing strategies may force "mailbox companies" to relocate both in form and economic substance to nations with lower corporate tax rates. Ireland, some argue, exists as a model for attracting foreign investment through low rates rather than illegal tax structures. Some experts attribute this success to economic policy makers that direct their attention towards the creation of a stable economic environment that supports the needs of a successful business landscape. This shift to more favorable policies for MNE's often has negative economic consequences. The Syriza party's reduction of austerity measures resulted in Greece's defaulting on loans, affecting other European nations serving as creditors. Countries may seek to recover lost tax revenues alternatively by raising taxes on remaining business and personal income, but this creates a vicious cycle catalyzing tax evasion. Business taxes may create pressure to shift costs to taxpayers, which can hurt the economy by reduced spending, or cause the business to absorb the costs, which can force small businesses out of business, hurting unemployment rates and making other nations more favorable for businesses.

Adoption of Competitive, yet "Unfair" Regimes

In the face of competitive disadvantage, countries have often resorted to adopting regimes similar to those shifting income away from their own jurisdiction. These trends create a favorable environment for MNE's with an extended array of potential strategic choices for taxation of income. Where tax holidays and amnesties have failed to recover lost revenues without affecting domestic markets, adoption of new popular tax-shifting regimes has proven more effective.

Responses to international tax abuse and evasion have failed to generate fool-proof methods for allocating tax revenues to the appropriate jurisdiction. Indeed, many efforts have exacerbated the issue, shifting additional income away from their respective economic drivers. Inability to create a principled, fair, and objective system that can compete with tax havens creates a sense of inequality that calls for a more uniform international system. As proven by difficulties facing the OECD in the BEPS project, self-interested governments struggle to arrive at such a cohesive, "fair" framework when considering the implications of such convergence on economic drivers in their jurisdiction. 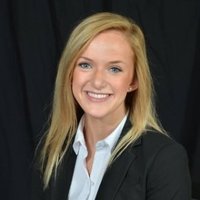 Ally Wanta recently completed the Masters of Accounting program at Texas Christian University, where she specialized in both Audit and Tax. Ally has worked in both public and corporate accounting positions, including tax return preparation and financial analysis for a Fortune 500 company. Ally also recently received her RYT-200 yoga teacher certification, which supplements her 8 years of dance instruction and team conditioning and strength training to make her a qualified writer on not only business, but also many other topics in the Health, Fitness, and Lifestyle categories as well.

Due to the rise in social media popularity, cyberbullying is now the most common form of bullying... Read More