The District In Action: Pink Pass It On

People in pink streamed into Washington Park on a chilly but sunny October Saturday to prepare for the Tenth Annual Pink Pass It On 5K Walk, an event sponsored by local businesses that raises breast cancer awareness. The proceeds from the event go to the Blessing Breast Center Financial Assistance Program to help women who have no insurance or high-deductible insurance get the digital imaging that they need. The event can be life-saving because women too often postpone needed examinations due to financial issues. Since one in eight women develop breast cancer at some point in their lives, routine screenings are vitally important to improve their chances of survival.

Many in the crowd had a personal connection to breast cancer. Some were survivors while others had a loved one who suffered from the disease. Brenda Wietholder from Lorraine was there early for her second consecutive year as a participant. When she took part last year, she had just been diagnosed with breast cancer and had yet to begin her chemotherapy treatments. Family and friends walked with her to offer their support during a truly frightening time. This year, Brenda had all her treatment behind her, and she proudly wore her special survivor pin. When asked about her medical experience, Brenda expressed how glad she was that all her treatment could take place in the area. Since she lives a distance from Quincy, having to travel even farther for assistance would have been a serious difficulty, causing her additional stress.

The Blessing Breast Center is one reason that local women and men no longer feel that they have to go to St. Louis or another urban center to get the best treatment. According to Dawn Herzog, Supervisor of the center, Quincy area residents can now get the best in digital imaging without leaving town. The Blessing Breast Center offers regular screenings, ultrasound mammograms, and 3D imaging. In fact, the breast center offers something many other places do not, biopsies performed with the help of that 3D imaging, a more exact procedure that improves the accuracy of a diagnosis. If patients go somewhere else for treatment, they might miss out on the most advanced technology available.

The difference in cost between a regular mammogram and a 3D mammogram is about $100. The money raised from Pink Pass It On is used to pay the difference for women whose insurance does not cover it. Fortunately for Illinois women, Governor Rauner signed a bill into law this summer that required Illinois insurance companies to cover 3D mammograms. Although a few residents still do not have coverage due to their particular insurance situation, the majority of Illinois women have better access to this much more accurate detection method. Dawn and Laurie Laaker, Office Coordinator of the center, said, "Governor Rauner is definitely on our hero list" due to his support for this state mandate.

Joy Berhorst, the owner of Domestics Etc., has been helping organize Pink Pass It On since it began. She was part of the original committee of District businesswomen who decided ten years ago that they wanted to give back to their customers, most of whom happened to be women. Organizing this 5K walk seemed a great way to do just that. For the last eight years, Joy has been the event coordinator and a driving force behind the event. Unbeknownst to Joy, her colleagues chose this year's walk to honor her dedication to the cause. They surprised her with special recognition of her efforts during the speaking portion of this year's event, deeply touching Joy.

Two-hundred people pre-registered for this year's Pink Pass It On, and a number of others came and registered Saturday morning. Miss Quincy and Miss Teen Quincy handed out pink balloons which were later released in honor of those who have been diagnosed with breast cancer. On display was a commemorative quilt made out of t-shirts that represented each year of the event. Each shirt had actually been worn in the walk, which added to the quilt's symbolic power. A raffle for Survivor Baskets was also held to help raise additional funds. Speakers included Mayor Kyle Moore, Dawn Herzog, Joy Berhorst, and Brenda Graff, this year's honorary survivor. Krazy Kakes provided a variety of fresh-baked treats for the walkers and their supporters. The purpose of the walk was quite serious, but the atmosphere was hopeful and even triumphant. Many people brought their friends, some brought their families, and a few brought their dogs. After all, cancer of any type is a family affair. Everyone is affected, and everyone needs to support the patient.

Pink Pass It On is just one more way The District comes together to help the Quincy Community. As Joy noted, the list of sponsors on the commemorative quilt provided a history of The District businesses. A few have left over the last decade, but many are still thriving. The support for the walk has been strong since the beginning when caring local entrepreneurs decided they wanted to give something back to those who patronized their businesses. Since that day, thousands of women have received their routine screenings due in part to this charitable endeavor and the efforts of the Blessing Breast Center. No one knows how many lives this effort has saved, but the number is significant. Fortunately, when the people of Quincy have a need, The District folk try to fill it. 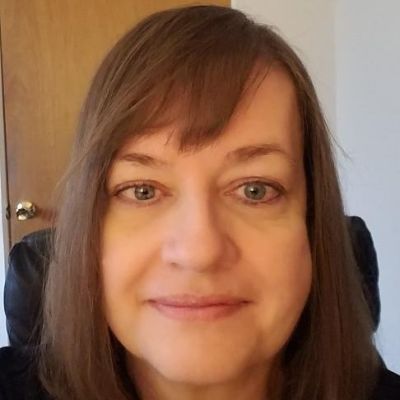 Selling a car in Washington state: Everything you need to know

What is Net Dollar Retention?