The Big Sick: You've never see a boy meets girl comedy quite like this

I was taken completely off-guard by how much I loved The Big Sick.

I figured I'd like it in a surface-y rom-com "girl gets a cold, boy brings chicken soup and they fall in love holed up in a cute, but overpriced, apartment in Cobble Hill" kind of way.

But said storyline is a little difficult when said girl is in a coma for most of the movie.

Best known as the loveable Dinesh on Silicon Valley, Nanjiani has long proclaimed his love for the 90's rom com. In fact, it was Hugh Grant's best man speech in Four Weddings and a Funeral that actually launched his stand up career.

So, it only makes sense that the couple would turn their unlikely love story into one of the most enjoyable (and highest grossing) independent films of 2017.

The movie opens with Emily, played by the delightful and quirky Zoe Kazan, heckling Nanjiani during his stand up act. He finds her after the show and tongue-in-cheekily chides her for interrupting his set. From there a silly, sweet romance develops.

One of my favorite scenes in the movie happens after their one night stand when Emily tries to quickly excuse herself by calling an Uber and…wait for it…his phone rings. "Your travel will be ready as soon as he puts on his pants," Kumail quips. It's that sort of easy humor that makes you fall in love with both characters and hope that they fall in love with each other.

As Emily opens her heart to Kumail, telling her parents about the relationship and imagining a future together, Kumail is clearly torn. Though he's uninterested in Islam or marrying a Pakistani woman, his traditional family has other ideas. When Emily finds a box containing photos of women that his parents have tried to set him up with, Kumail admits the truth. In one of the most heart-wrenching and honest scenes in the film, Emily breaks up with him and storms out.

When Kumail receives a call from Emily's friend weeks later, he rushes to the hospital to find her pale and unconscious in a hospital bed. As a doctor shoves papers in his face to sign for an emergency surgery, the gravity of the situation settles in.

This is where The Big Sick really starts.

A lot of credit should be given to director Michael Showalter for creating a romantic comedy that works with one of the leads unconscious for 2/3rds of the movie. Emily's parents Beth (Holly Hunter) and Terry (Ray Romano) more than capably stand in as surrogates for Emily, challenging and comforting Kumail as they wait to see if their daughter will pull through.

Though Kumail's parents, charmingly played by Zenobia Shroff and Anupam Kher, played a central role in the story's plot, their scenes were the only time that I felt my attention wandering. Too much time was spent on young Pakistani women at the dinner table either trying to get Kumail's attention or waiting for him for him to show up at all. Though they were created to reinforce the family's traditional values, they felt a bit "hit you over the head" for an otherwise sophisticated comedy.

All in all, The Big Sick was a lovely "boy meets girl, girl contracts life threatening infection, boy and girl live happily ever after" film that captivated and surprised me the entire way through. 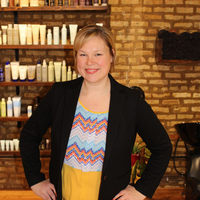 Hi! I'm Sarah. I'm a Chicago-based copywriter who's passionate about helping lifestyle and wellness brands get results through sharp, insightful copy. After almost 20 years working with clients like Toyota, Staples, Bank of America, and Restalyne, I'll bring a unique perspective to your brand- helping you uncover that nugget of truth that sets you apart and putting it to work in a big way. Whether you need blog posts, video scripts, web copy or collateral systems, we can work together to make sure we break away from the competition and never look back.

My brother-in-law is a professional chef with four restaurants in New York City. When he cooks, h... Read More