With the Billabong Pro Tahiti recently concluded, Teahupo'o holds its ranking as one of the gnarliest breaks tackled by some of the world's leading surfers, who prove their bravery and skill in these waters. Boasting faces of only 20 or so feet (as compared to record-breaking 60­- to 100-foot waves in other parts of the world), what this spot lacks in height it more than makes up for in sheer heft and risk. The waves here are thick, containing a deep wall of water, and they break directly on a shallow, ragged reef. These factors combine to make it one of the most dangerous surf spots on Earth. If you haven't seen this massive break, check out the monster that is Teahupo'o. What makes this wave so "heavy"? The answer lies in its in its unique geography. The primary factor in its formation are steep, abrupt reefs that grow up along the shoreline, causing the swell to jack up quickly and break shallow. It also doesn't hurt that the swells form in Antarctica's historic winter storms. Plus, fresh-water channels flowing from the mountains along the shoreline maintain gutters in the reef and allow the water brought in by the waves to flow back out quickly, preventing waves from reflecting, and keeping the wave shape clean. The Rise to Recognition In spite of its beauty and killer form, Teahupo'o was largely ignored in the surf world until the turn of the millennium. Body boarders would occasionally ride the break in the '80s and '90s, but it wasn't until the late 1990s and early 2000s, with Laird Hamilton's historic ride, that the break started to gain recognition as not only a rideable spot, but as a top global surfing location where pros could test their abilities, bravery and insanity on the world stage. Since then, Teahupo'o has grown in popularity, where the 2015 Billabong Pro Tahiti contest, hosted by the World Surf League, was held. Some of the world's leading surfers, from Kelly Slater to C.J. Hobgood, tackled these gnarly waves. Because of its unique nature and form, the pros have been preparing by riding the heavy spot itself prior to the competition, because there is no other training ground that even comes close to the conditions presented at Teahupo'o. 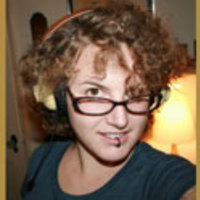 TOP 6 ESSENTIALS FOR THE BEGINNER SURFER

So, you want to learn to surf, eh? Well, before you can get out in the lineup with the big boys, ... Read More

Onewheel: The Skateboard of the Future

On January 6, 2014, Kyle Doerksen started on a journey that has grown into the future of wheeled ... Read More