Unlike her sister, Kate Martin would call herself "cautiously curious" when it comes to all things outdoors. Thus when her sister, Stacie, convinced her to go "camping" this summer in Yosemite, she was a bit worried on what she'd actually signed up for. Many might not imagine camping as what Martin participated in: a four-day, three-night backpacking trip through the back country. In the company of a guide they'd hired, Martin carried a 40-pound bag filled with items including a sleeping bag, food and tent. Martin, a rising junior broadcast journalism major at Syracuse University, recalls how they gained 1,000 feet in elevation during the first day's hike, and spent the rest of the long days gaining and losing elevation. Trips like this are becoming less common, said Yosemite Park spokesman Scott Gediman in a USA TODAY article this week. He said less people are making their time at Yosemite National Park in California a weeklong camping trip but rather a few hours looking at the main sights. In the early 1990s, the average park visitor spent nearly 27 hours inside, and by 2011, it was down to less than 17 hours. "I've never been more exhausted or filthy in my life, but it was all worth it for the amazing scenery," said Martin, reflecting on her trip. "I got to see things that it would be impossible to experience by driving or taking a simple day hike." Her favorite part of the trip (besides the beautiful scenery that she said pictures can't do it justice) was making it to the next campsite. She felt accomplished to hike for six hours with the heavy bag, feeling like she earned her dinner and rest. These overnight park stays are becoming more infrequent, largely to blame for the decrease in time spent in the parks, the article said. Although National Park Service surveys don't specifically track why camping has dropped off, numbers show that the entire parks system saw 4.5 million fewer overnight stays in 2011 than it did at its height in 1994, at a 25% decrease. Although Martin recently completed her first back packing trip, Evan Wisheropp at 21 has already been to Yosemite several times, along with many other National and State Parks. Camping is not foreign to him, logging over 250 nights of it just during his time as a Boy Scout. Wisheropp, a natural resource planning major at Humboldt State University, considers himself a "huge outdoorsman." Claiming he's never been too content staying in a city, he enjoys activities such as hiking, rock climbing, mountaineering, sailing and skiing. Until he was about 15 years old, he mainly enjoyed "peak bagging" which means climbing as many mountains as possible, usually by hiking on trails or scree, which is loose, often unstable rock piles up the side of the mountains. As he grew older, he became more fascinated with reaching the top by vertical rock climbing. Thus, he's traveled all over the Sierra Nevada Mountains to climb as many routes as he could manage. The same USA TODAY article stated said that Americans are increasingly spending more time and money on outdoor recreation, and that over the past five years, spending on outdoor recreation has increased by 5%. Although it's clearly always been a part of Wisheropp's life, he would agree that outdoor recreation has gone up in the last few years. He said one reason is due to the economic lull; a trip to Yosemite or other parks is usually cheaper than other extravagant vacations like Hawaii or Europe. 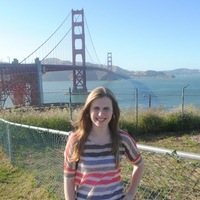 It's 6:30 a.m. and shadows still cover the campus, seemingly deserted and quiet except for the so... Read More

Michael Christy has always wanted to run the Dipsea. Even while laying in a hospital bed for seve... Read More