Street Art and the Act of Production.

Sites of media production are defined by the product that they produce and vice versa; the sites and the products they generate are responsible for type of perception that consumers take from them. The street artist Banksy's main sites of production are public spaces, including buildings, walls and art galleries. The space that Banksy and other street artists occupy puts them in direct conflict with the state and other organizations that see this kind of installation as destructive and illegal. This conflict in itself brings prominence and publicity to the message and aesthetic that the artists are trying to spread, and the work itself becomes a site of production and activism. This conflict and its resulting exposure also made the media interconnected across different mediums within media production; from the original work of art to the media devices used to report and discuss its existence. The product therefore generates ideas across socio-political forums through the creation of a symbolic attachment to a specific type of site, i.e. public or private. This in turn, in the case of Banksy, has generated an economic side to the site and an issue of private property; as art dealers have attempted and succeeded in selling his work, which has been removed from bridges, walls and buildings etc., or in some cases leaving removal up to the buyer! This dichotomy of site and product brings up an interesting idea of the separation and temporal qualities of the sites in which media is produced. Just as anthropologists use multi-sited ethnography to gain a clearer understanding of what they are studying, producers of different media are producing and gathering material from a range of different places and creating a finished product from the amalgamation of the corresponding parts. Anything that is produced with multi-sited, multi-cultural or multi-philosophical elements will involve some kind of conflict between its constituent parts and shape the strategy and struggle that takes place in any kind of resolution. In 1964 Marshall McLuhan introduced the idea, 'the medium is the message', and over the last 30 years it has become particularly relevant to the global street art scene: from Blek le Rat, the Parisian artist; to Shepard Fairey (USA); and Banksy (UK). Although McLuhan was not writing specifically about graffiti, the idea of the symbolic production of messages that come out of the relationship to the medium used and the communication of that message through its perception by an audience is a poignant idea when we talk of spaces and production. McLuhan uses the example of a 'light bulb' to illustrate the literal illumination of dark spaces allowing people to function and work within them. By using public spaces as sites of production, graffiti artists are illuminating a space that was otherwise 'dark' and ultimately not envisioned as a site of social information or transformation. The transformation of types of media through the spaces they inhabit has become more prominent in recent modern art, through graffiti and installation, where the message is perceived through the medium and its geographic or physical location. While an 'oil on canvas' painting gains legitimacy and aesthetic merit through its place in a gallery, new mediums such as 'spray paint on brick' gain their social legitimacy by their place in the public sphere as part of everyday life; they become their own publicity and the message is embedded in the medium linking it to the world around it. With our ability to travel and create media from a myriad of different geographic locations and cultures, the space that media is produced in is becoming wider and more varied; this means that the end product will inevitably become more varied and with that variation new spaces will be created between the old ones, and new ways of interpreting space and time will be introduced. Media is about representation; representing the world as it is, as it was, as we want it to be or as it could be. Different mediums within media production give different representations and attach different symbols to the media and then onto the audience. The sites that the mediums are attached to and the type of media they inevitably generate are explicitly tied together and these sites will allow the message in the work to disseminate and change with the people who experience them. Explicit and implicit messages will be generated on a site to site basis, and media will generate new structures and struggles within spaces that link together through the act of producing something somewhere. In the words of Banksy, "some people want to make the world a better place. I just wanna make the world a better looking place. If you don't like it you can paint over it!" 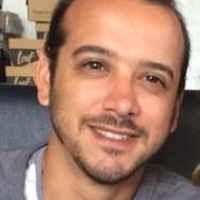