Start-Up Secrets from a Former Zipcar Exec Generalists, not specialists, are the key to start-up success, according to General Counsel Dean Breda of Interactions Corp. What is Dean Breda's secret to helping companies succeed? As an attorney who has worked as both inside and outside counsel, he learned early on to think and operate from a generalist's mindset. Had he been comfortable working as a "specialist" sort who handled only certain kinds of clients, he would not have been the one to help lead innovative technology startups StorageNetworks, VistaPrint and Zipcar through their infancy stages and through initial public offerings. After recently becoming the General Counsel for Interactions Corp., a fast-growing and dynamic B2B that specializes in virtual assistant applications, Breda is excited to set up shop in yet another uncharted territory where he will be the first and only legal counsel. Self-Generalizing "Being a General Counsel at a startup or an early-stage company where you're the only attorney is kind of like going into the Old West and hanging out a shingle," Breda said. "When someone walks through your door, they're your client." Consequently, he says his job was always to find a way to provide whatever expertise necessary, even if it meant referencing Google or reaching out to attorneys and advisors specializing in areas outside of his scope. Being the go-to legal expert for three pre-IPO companies, he built a substantial breadth of knowledge by taking risks and seizing every opportunity to be indispensable. In his most recent in-house role prior to Interactions, Breda helped Zipcar resolve eight class-action lawsuits in order to complete Zipcar's sale to Avis Budget Group in a timely fashion. Serving high-tech, venture-backed clients for eight years at Boston law firm Testa, Hurwitz & Thibeault, Breda became versed in two practice specialties: For half of his tenure, he focused on securities, venture capital work and public offerings, and during the other four years, he handled employment litigation and provided general client counseling and employment advice. "I think for anyone to be an effective General Counsel at any type of major company, you do need a substantial amount of experience," Breda said, "whether its cutting your teeth as a junior attorney inside of a big company or working at a big firm." Breda also attributes to these experiences his sharpened sense of how companies—and people—work. He noted: "I got a very good exposure to how [companies] go about raising money, what they need to do from a standpoint of compliance, what they need to do from a standpoint of attracting and retaining employees, how to solve problems—how, to some extent, to divorce yourself from a situation and be objective too." Creating Generalists When adding to his in-house staff of attorneys, Breda says he tended to hire generalists who were comfortable handling any legal matter rather than specialists who were limited in scope and experience. His thinking was that down the line, a big-picture thinker would be expert enough to replace him because he or she can meet any need. "If anyone in the organization came to them with an issue, their response wouldn't be, 'Well, that's not what I do. You have to go talk to so-and-so.'" Breda explained. "I've never had the desire to go and work at a huge law department where I'd spend more time managing than I'd actually spend engaged in operating the business." Breda's big idea of "creating generalists" came to him while working with two very specialized lawyers: one who had public company experience and became a company's securities lawyer, and an in-house lawyer with extensive knowledge of commercial and customer contracts. Imagining worst-case scenarios, for instance being inundated with clients but where one person cannot help the other, Breda decided to do something radical. "I actually had them switch jobs for about six months and train each other on each other's jobs," he said. "After that process I felt they were a lot better well-rounded than they were before." In It Together For Breda, the most important thing he looks for when he joins a company is "team." At one of his earlier companies, after experiencing an emotional tidal wave—from watching a massive spike in the company's stock price to battling shareholders, creditors and vendors and trying his best to keep the company from sinking in quicksand, to having to be the one to lay off almost the entire company when the economy tanked—he noted that the majority of the people around him were no longer company vested. Some hung in to try to meet legal obligations and others, as he says, "bolted to the door." "I always want to be working with people who are going to be fighting with me," Breda said. "That's one of the reasons why I'm here. I want the people I work with to view me as the type that will be standing there fighting with them as opposed to bolting to the door when things get tough." 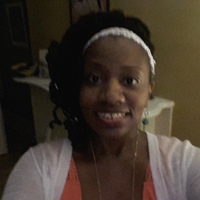 I have a diverse writing background in journalism, marketing and copywriting. I received a Society of Professional Journalists Award for arts reporting and I have been published in a variety of outlets; including music journal, Wax Poetics; Cincinnati CityBeat and Cincinnati Magazine; and my copywriting work has appeared in Elle Decor, Architectural Digest, House Beautiful, Food Network and Cooking Light.

How to Make a Big Impact with a Small Team

How to Make a Big Impact with a Small Team NETGEAR General Counsel Andrew Kim on the benefits of ... Read More