If you visit Garstin Bastion Road in Delhi during the day, you will see hardware shops lining a crowded thoroughfare where merchants peddle industrial supplies—car parts, construction equipment, machinery. As evening nears, women start to appear, many waving scarves and calling out of windows above the hardware shops. GB Road, as it is known locally, is the largest red light district in India. An estimated 4,000 women and girls live in nearly 70 brothels, or kothas, built into the second stories of buildings along the street. I first learned about GB Road from a young woman named Gitanjali Babbar, who joked that the road was actually named after her. I believe there's a chance that one day it will be. The first time I saw Gitanjali was in her application video for the 2013 Laureate Global Fellowship. "We make sure the brothel doesn't look like a brothel; it looks like a school," she asserted. She was seated on the floor among a dozen children, smiling and chatting as they passed art supplies and drew colorful pictures. The concrete walls of the small, dimly-lit room were covered with similar drawings. It took Gitanjali just seconds to shatter my notion of what exists behind the walls of brothels. In the video, she looked at home among the sex workers and their children. They were her family. A few months later, after Gitanjali was selected as one of twenty Laureate Global Fellows, I learned that she was not always so welcome in the rooms above the steep, narrow staircases on GB Road. On a sunny afternoon in São Paulo at the Fellowship workshop, I sat down with Gitanjali to understand her journey to founding Kat-Katha. Born into a middle class family, Gitanjali spent her childhood a few miles from GB Road. Its existence beyond a commerce street was something she began to understand in bits and pieces, as often happens with children trying to make sense of the adult world. As a pre-teen, classmates began snickering about the infamous road and daring one another to go, but Gitanjali stayed at a safe distance. After earning a university degree in journalism, she abandoned the lifestyle she was accustomed to and spent two years working in primary schools in rural Rajasthan. The experience led Gitanjali to dedicate her life to helping others, even as her parents quietly questioned her career decisions. Upon returning home to Delhi, she landed a job with the National AIDS Control Organization. Her responsibility was to visit brothels on GB Road, distribute condoms, and test workers for sexually-transmitted diseases. Gitanjali took her job seriously and felt good about her work, but the glares and short answers she routinely received from the women caused her trepidation. After several months, Gitanjali found the courage to ask the women why they did not like her visits. Their response was forthcoming and fair. "You come to us, asking whether we use condoms, what symptoms we have. You ask how we are, but not who we are and who we want to be." Gitanjali began to understand the women she'd been trying to help for months. She began to understand that providing healthcare to those who feel their lives have no value is a losing battle. She began to shift the focus of her visits, asking the women questions—how their day was going, how they ended up on GB Road, what dreams they had abandoned—before distributing contraceptives. She learned their stories. Some were ripped from their families in rural villages, some were tricked with the promise of housekeeping jobs or other work, and others made the difficult decision to go to GB Road to provide for their families. Gitanjali worked long days, spending more time than ever at each brothel, befriending the women and weaving herself into the fabric of the GB Road community. She learned that what many of the women wanted more than anything was an education for their children. Most could not afford school fees, and even if they could, children dropped out quickly because of the stigma attached to being the child of a sex worker. When Gitanjali's government job ended, she dedicated herself full-time to improving the lives of sex workers on GB Road. In 2010, she founded Kat-Katha, meaning "a story told using puppets." She explained, "In a world where we are all in some way puppets, some are more fortunate than others. While our strings are in better hands, their strings lead nowhere." With the mission of giving women choices and empowering them to lead dignified and meaningful lives, Gitanjali began with classes for the women in art, weaving, dress making, and English. Today, Kat-Katha engages over 40 volunteers who work to empower nearly 100 program participants to become role models of confidence and self-respect to the thousands of other sex workers and their children. Kat-Katha emphasizes connection among sex workers, facilitating conversations that help sex workers to see one another, and eventually themselves, as individuals of value. To help the women and children feel part of the world outside GB Road, Kat-Katha organizes day trips including jaunts to nearby markets to buy fabric for dresses, community theater workshops, road trips to historic sites, and special holiday festivities. While Kat-Katha strives to show sex workers a life outside of GB Road, they feel it is equally important to sensitize the public to the lives of sex workers—Kat-Katha's blog is filled with stories from volunteers who are compelled to share the hope and injustice they witnessed on GB Road. Volunteers become advocates for the women they meet, spreading the simple but often-unheard message that sex workers are people—mothers, sisters, neighbors—and deserve to be treated as such. 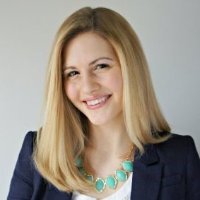 From the first bouncing bus ride I took from the Kilimanjaro airport to the city of Arusha, I was... Read More