Solopreneurship: How It's Grown and Why It's Here to Stay

Solopreneurs are a new class of workers — these are creative freelancers creating their own businesses with the increased efficiency of Web 2.0 services.

You may have noticed the coining of a new business model name: solopreneur or solopreneurship. If you thought this phenomenon was a short-lived residual effect of the economic downturn, then you were wrong. Read on to learn why.

More People Are Doing It

Solopreneurship is a business strategy that combines the freedom of freelancing with the business savvy of entrepreneurship. It's a lifestyle and business sense that is gaining momentum in professional culture.

Not only are an increasing amount of folks doing it, but there are also some pretty big names – like Arman Assadi – who are busy making it big by staying small. Its popularity is driven by the allure of personal and professional freedom.

While solopreneurships are intentionally solo ventures, most solopreneurs need help to complete their ventures.

They instead find the specialized assistance they need by hiring other solopreneurs. Since solopreneurs do everything from web development, design and business consulting – it's easier than ever to get all the skills necessary to create a complete business.

The rise of Web 2.0 technologies is a major impetus for the rise of the solopreneur. There's an increasing willingness of professionals to instruct each other on the use of these technologies, often for free. One thing that frequently distinguishes solopreneurs from freelancers is that free information leads to information and services you can buy. It may take the form of a subscription or it may a selection of ebook and webinar downloads.

Solopreneurship may seem like a lonely gig, but there are plentiful communities designed to solopreneurs in mind. Besides, solopreneurship success often hinges on developing the right collaborations and partnerships — usually with other solopreneurs — as facets of the overall business. There's an increasing trend of platforms where soloprenuers can market their skills directly to businesses.

The Tech Makes It So

The key, of course, is the technological advancements that make successful solopreneurship possible. Starting with the web and Web 2.0, into the realms of automation, businesses can now thrive with fewer people and greater efficiency.

Solopreneurship is rising because the time has come. We've long since had the motivation, but now we have the technology, the marketplaces, and the inspiration solopreneurs need.

To Read More About Marketing, See Below:

Do Publicity Stunts Pay Off?Promoting Content with POETapping Into the Tablet Ad Market 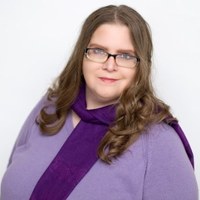 How to Calculate Your Customer's Buying Capacity And Your Marketing Capacity