Henry Tum dreamed that one day his children would take over the family farm. But the way things were going, he feared there would be no family farm to pass on. Thirty-three-year-old Tum owns a small, 5-acre piece of land near the tiny village of Chebelion, which means elephant in the local dialect, in western Kenya. His main crop is tomato, which he sells primarily to the local community. For several years, however, his tomato yields were diminishing and he struggled to support and feed his family, let alone reinvest in his farm. He knew he had to increase production from his land but he didn't know how. The turning point came, when Tum attended a training session to learn new agricultural practices, which gave him hope for the future of his farm and his family. "It changed my life," he says. Key Stakeholders in World Hunger Tum is one of thousands of smallholder farmers in sub-Saharan Africa who struggle to make ends meet. Smallholder farmers are loosely defined as individuals who work small land plots of 5 to 20 hectares. According to Innocent Sillingi, who leads smallholder farmer projects for John Deere, their foremost challenge isn't scale, it's knowledge. "The smallholder farmer is somebody that needs to be empowered so they can work their land better," he said. "They lack the ability to increase their productivity and retain value in their enterprises." Without that knowledge, Sillingi adds, smallholder farmers face the bleak prospect of going out of business in as few as 10 years after they start. Despite their humble operations these farmers are key stakeholders in the issue of global hunger and food security. The United Nations projects the world's population will reach 9.7 billion people by 2050. Most of that growth will take place in the emerging economies of Asia and Africa. That means global agricultural output will need to increase. "Everyone's going to have to produce more, in every part of the world," said J.B. Penn, chief economist for John Deere. Penn estimates that global agricultural output will need to increase by as much as 70% by 2050, using roughly the same land and water we have now, or even less. "We're going to have to use our resources more productively." Much of that burden rests on the shoulders of these smallholder farmers who work more than 80% of the farmland in emerging nations, Penn adds. The lack of farming experience and agronomic training presents huge challenges for Tum and other smallholder farmers like him. Understanding the Business of Farming Last year, the father-of-three was growing his tomatoes in an open-air field. Pests, disease, and weeds ravaged Tum's crop. The increasing time and expense made keeping his tomatoes healthy nearly impossible. Each year, his yields diminished, and he toiled for a meager 3 kilograms of tomatoes per week. During classes at the Mobile Training Unit, Tum learned how to build and manage a greenhouse where he now grows his tomatoes. "Since I established the greenhouse, I have minimal labor, expenses and utilization of water," he said. More importantly, his output has increased nearly fivefold, up to 14 kilograms per week. Tum credits the new farming and business practices he learned at the Mobile Training Unit for his success. "I learned modern agriculture, how to plant crops and earn more money," he said. "I have income to provide for my family and food to provide my community." The Mobile Training Unit (MTU) is operated by TechnoServe, a nonprofit organization dedicated to finding solutions to poverty by linking people to information, capital and markets. Funded by John Deere, the MTU is able to reach the remote farming communities of Kenya and Ghana, and provide agronomic and business training to smallholder farmers. One of the most important objectives of the MTU is helping farmers understand the business of farming. In addition to teaching modern planting and harvesting techniques, the MTU helps them with financial literacy and business acumen. "If you are not empowered to enter the market profitably, you will not be in business," said Sillingi. This training is already paying dividends for Tum. The techniques he's learned not only have helped to increase his tomato production, he is also considering adding another greenhouse and a poultry operation. As well as teaching him important skills to successfully run his farm, the MTU gave him something even more invaluable. "I can spend more time with my family," he said, whose children range from five to nine years old. "I enjoy playing with them, giving them advice, and teaching them to follow in my footsteps." 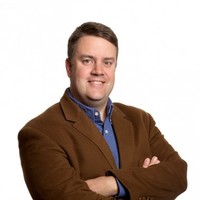 I am a writer with a 20-plus year career in working with top brands at the agency, corporate, and consultant level. I have a passion for working with companies who work to make the world a better place, and helping them tell their stories. Most of all, I love talking to smart people who are driven to make a difference in their own ways, and giving them the voice and the recognition they deserve.

Bundle Up: Get Your Excavator Ready for the Cold with These Storage and Operations Tips

Excavators are some of the hardest-working machines on any jobsite. Throughout the spring, summer... Read More

Making a Difference at a Young Age: A student recalls her experience with Global Student Embassy and how it shaped her life

Maya Boone and her fellow students cried in awe as another student gently shook the guayacan tree... Read More