The Learning Management System (LMS) is Effective Regardless of School Size

One of the most surprising results of the Schoology) study was the finding that the results were the same regardless of the size of the school that was studied. In a study of 3,000 education professionals in schools across the country, the performance of students using the Learning Management System was the same whether they were in small private and charter schools or large public institutions. This means the system was equally effective whether it was laser-focused at the small school level or expanded mightily to manage a large administration. The students that used the system saw a marked rise in performance, and the schools saw a significant rise in the number of students engaging with the material. The study showed the enormous flexibility of the LMS.

For decades, small class sizes have been portrayed as the goal of all school systems due to the perceived better instruction available. The study showed that the LMS eliminated that bias by engaging students so effectively that they moved through their curriculum faster with greater comprehension. This occurred at both large and small institutions. Teachers could track their students easier and grade more effectively. Administrations that used the LMS found their reports were more comprehensive and accurate. It showed that a flipped classroom can work at both small schools and large schools equally effectively.

The size of the school did not matter regarding the number of teachers who could find the time to learn how to use the LMS. Large school administrations were expected to have trouble getting all their teachers scheduled to train on using the LMS, but the surprise was that small school administrations had the same difficulty. The issue was more fundamental to the nature of instruction than was expected. The small school principals had difficulty training all their teachers for the same reason. Teachers at schools, in general, see the same time pressure in moving their students through their curriculum. That took precedence over the software training regardless of the size of the school.

Both Large and Small Schools Still Predominantly Use Digital Paper for their Curriculum.

Another large surprise of the Schoology study was that even large school systems still use pdfs and other electronic versions of their old textbooks rather than employ the fully dynamic LMS to teach their students. This was a common thread of inertia at both sets of schools. The tried and true was preferred at both sets of schools over the new. It had been mastered making it more comfortable to the administrations of each. The prospect of learning a whole new piece of software was thought to take too much time out of their day that was better spent on instruction. This was a common complaint across the board.

It was expected that small schools might have trouble purchasing the system unless they were privately funded. Even then it was proven difficult. The surprise was that the large schools did as well. They may have had larger budgets, but that is due to larger payrolls to manage the larger student body. The larger administration meant more teachers would have to be scheduled for training and the administration debated whether they could find the time to train their staff and complete the instructional framework before the state tests were upon them. The smaller schools had different priorities but they all had tight budgets. At some charters, the parental boards wondered about the need for the system.

Regardless of School Size, Teachers Balked at Trying the System

The same reasons for not trying the system were found at both large and small schools. Many teachers simply did not want to spend the time learning a new system when they had mastered the tried and true digital paper one. Many were timid about learning a new computer system as they did not feel that computer literate themselves. Many did not feel they had 15 minutes in their days to try to engage their students to learn the system and work through it.

The survey showed that as much as the size of the school did not matter in the academic results obtained, the opportunities lost by the schools that chose not to use the LMS were significant. As those schools compare their state test results to those taken by the students in the schools that did use the LMS, they will find a significant difference. It will then be a choice for the administrations of those schools that balked at purchasing the system whether their students deserve the opportunity to succeed at those higher rates, and how the administrations at those schools will arrange their budgets to fund its purchase. Will they pursue a more robust fundraising plan to ensure their students the same opportunity of using the LMS and moving into the modern educational territory represented by the LMS or leave that opportunity to the students lucky enough to be attending a school that did make that choice? Students that succeed at a young age tend to outperform as they progress through their school years. The benefits to that are well known. The Schoology study shows that any school benefits greatly from employing the LMS. 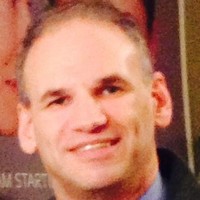