New video games are all well and good with their ridiculous action and crazy graphics, but some older games are still much better than their newer peers. If you've been itching to play a new game, but none of the recent releases tickle your fancy, try picking up one of these old classics instead. Super Mario Bros. You knew this would be on the list, of course. The original Mario game is still one of the absolute best video games out there. If you're lucky enough to own an original, working Nintendo, then bust that bad boy out for some awesome plumber jumps and creepy cartoon enemies. If you're like me, though, and have an original Nintendo that only works sometimes and is unreliable at best, you can find the game on many other platforms and play it that way. The Wii has it in the store, and there are even PC versions available online. It's hard to explain all of the awesomeness that Super Mario Bros. holds, but the basic idea is that you are a plumber who moonlights as a hero. Your goal is to save a princess from the evil Bowser, who looks a lot like a dinosaur/turtle thing. On the journey, you have to jump a lot, and weird things are deadly, like flowers. SimCity SimCity was the game that launched an entire genre of games, including the ever popular Sims series. While numerous SimCity games have been released since the original, it's always fun to go back to more simpler times. The original SimCity had simple graphics (think square boxes and black lines), and it focused more on the strategy and gameplay aspect than the flashy, "look how bright and colorful my city is" aspect that the newer games embrace. Like many other older games, this one is readily available online, too. Like other SimCity games, the basic idea is to build a prosperous city. You do this by placing squares on the map to indicate industrial, commercial, or residential areas. These squares will either do well or poorly, depending on how strategically you place their utilities and transportation options. This game requires a lot of logic to do well—or at least a lot of cheat codes. Zelda: A Link to the Past Zelda: A Link to the Past wasn't the first release in this franchise, but it's arguably the best. Unlike the first Zelda game (which is awesome in its own right), you actually have clear instructions that are easy to follow in this game. Plus, you can throw chickens. If you've never played this game before, you're in for a real treat (also, where have you been all these years?) Get ready to walk into random people's houses, throw their dishes, and earn some rupees. And you should definitely attack a chicken repeatedly until something weird happens; just trust me on this one. The basic premise is that you're a guy named Link (not Zelda!), and your goal in the game is to rescue Zelda by obtaining pieces of the Triforce. Also, you have to complete certain puzzles to up your heart level, and there are lots of helpful people who are willing to give you assistance on your journey, even if you throw their chickens. Pac-Man Few households still have an Atari lying around, but Pac-Man is arguably the best classic game to ever exist. Thankfully, you can play Pac-Man on a variety of different platforms, including online. There's not much to this simple game, but the basic idea is that you're a Pac-Man, which is a weird little yellow, circular creature with a mouth. You need to eat all the dots on the screen before the ghosts catch you. And the ghosts are crazy, man. They run in all different directions, chasing you or sometimes just going off in random directions only to sneak up on you two seconds later. Oh, also, there's fruit. You should eat the fruit. Tetris In my opinion, Tetris is the best puzzle game of all time. Why? Because it's so simple. In Tetris, you're given a black rectangle of space, and blocks of different designs drop from the sky. The basic idea is to create a full line (or lines, if you're awesome) of blocks. Once you do so, the line disappears. If the screen fills up with blocks, then you lose and your friends will mock you. Also, the music gets really crazy fast, and it makes you feel like you're having a heart attack. But don't worry; you're probably not. Mortal Kombat Mortal Kombat is a great game to play when you have pent-up rage and want to punch someone repeatedly in the face without going to jail. It's also fun when you're annoying friend comes over, and you'd really like to show him how awesome you are at video games. This game has a pretty simple format. Basically, you choose a character, your opponent chooses a character, and you try your hardest to best each other in several rounds of fighting. Sometimes you can even enter special codes that result in especially grisly deaths for the other person. It's kind of awesome. Originally created exclusively for arcades, Mortal Kombat is now available on a ton of different platforms, depending on which version you want. They're all pretty similar when it comes to gameplay, but my personal favorite is Mortal Kombat III. Conclusion No matter your age, there's a classic video game for everyone. If you're a youngster or a teen who's never played these games before, get ready for some of the best gaming of your life. If you're older and remember these games fondly, you'll be happy to know that the games seem to get better with age. And if you never really gave up classic games to begin with, why are you even reading this article? Go grab your controller and rescue a princess or something. 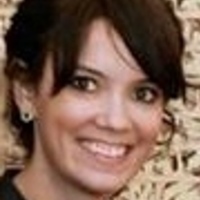 Freelance writer, editor and accountant with experience in copywriting, creative writing, content writing and management. All writing includes thorough research and editing for clarity, grammar and spelling. Please send a message if you have any questions or concerns.

Inside One of NYC's Most Expensive Apartments | Work + Money

The iPhone is one of the most popular phones on the market, thanks to its wonderful features and ... Read More

What Does the Affordable Care Act Mean for Your Small Business?

The Affordable Care Act is being rolled out in phases, but many people--both employers and employ... Read More