I'm going to preface this post by stating my love for Sex and the City (that's SATC to all you civilians). Yes, I am that typical girl who shrieks when reruns are on. Yes, I watch it when it's on TV even though I own all six seasons. Yes, I want to be Carrie. No, I have never asked anyone "which character are YOU?", or answered that question (vomit). So, the point is, I am not a hater and am not looking for reasons to bash the SATC franchise. I am usually a lover, but today I am not feeling any amorous feelings towards the latest movie offering from Carrie, Samantha, Charlotte, and Miranda. I would award Sex and the City 2 one thing: Most UnPC Movie of 2010. The movie opens with Carrie pondering married life, and worrying that she and Big are falling into that horrifying rut where TV and takeout constitute a Saturday night. Will Carrie be happy having to work at a marriage and save it from losing its 'sparkle' for the rest of her life? Cue a fabulous, all-expenses paid trip to Abu Dhabi, courtesy of Samantha's PR job connections. The girls arrive in style, and embark on a dream vacation, complete with personal butlers who will warm you up a mug of milk at three in the morning. At first, I'm thinking the Abu Dhabi Tourism Board must be financing this movie. I lost count of how many times the girls would exclaim "Abu Dhabi!", accompanied with shining eyes, gasps, and hands clapped to chests. That's all good – I'm sure Abu Dhabi is a fantastic place (as is Morocco, where the movie was actually filmed). Just as I was starting to enjoy watching the girls embark on their latest adventure (is Charlotte a good mother? Will Samantha ever get over menopause? I swear, I love this stuff), I started to get a bad taste in my mouth. It started with Carrie pondering a woman at a nearby poolside table. "It's like they don't want them to have a voice," she remarks about the woman's Niqab, a traditional Muslim cloth covering that falls over most of her face. Hmm. That's a little awkward, but okay – so Carrie wants to share her views about Muslim traditions, that's cool. She's entitled, right? I believe that people are indeed entitled to their opinion about other countries and customs, however, it's best to pipe down when you're in that country. It's also best to obey those customs in public when you're in that country, out of respect. Samantha was having none of that as she grabbed men's crotches, bared her shoulders, and waved condoms in a crowded market. Was this supposed to be funny? Were we supposed to roll our eyes, chuckle, and say "oh, that's so Samantha", as she openly ignored and mocked Muslim values? The girls didn't just beat 'em, they joined 'em too. In one scene – and I'll try not to give much about the story away – the girls are dressed in the traditional head-to-toe coverings, with only their eyes peeping out. They're finding it tricky to get a cab. So what does Ms Bradshaw do? Why, she hikes up her long abaya and sticks one bare sexy leg way, way, waaay out there. In the middle of a heavily populated market. In Abu Dhabi. While pretending to be a Muslim resident. Cabs screech to a hault. The girls get their chariot. Part of the reason fans love SATC is for the escapism. Of course no one is going to go to the desert and ride camels wearing Dior. The odds of running into your very cute boyfriend halfway across the world are damn slim. And, come on – no writer except JK Rowling can afford to rock vintage Halston. But over the years the show has brought us these moments in a funny, engaging, clever, and heart warming way. Why the movie sequel was turned into an all-out offensive attack on Muslim customs, I'll never know. I think I'll stick to my box set. 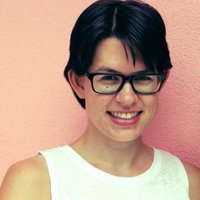 Ally has eight years' experience working in communications and digital marketing in the higher education, consumer goods, and not-for-profit industries. In addition, she has worked as a freelance writer and editor for the past 11 years. She lives in Australia, and has a special interest in travel, entertainment, and health writing. She holds a degree in creative writing and a Masters in advertising. She has a fast turnaround time on projects, particularly short blog posts.

The 5 Commandments of Project Management

Are you the new kid on the block in the PPM world? Or perhaps you&#39;ve been working in it for a... Read More