Self-portraiture can be traced back at least to ancient Egypt, and has since spanned both time and place, found across the globe in a variety of mediums throughout the past few thousand years. Its latest incarnation has manifested in the selfie, a term named by the Oxford Dictionaries as Word of the Year in 2013. The selfie is the Millennial Generation's form of self-portraiture, though a smartphone or webcam is used instead of a paintbrush. The self-portrait, in which the artist creates a representation of himself or herself, has existed in some form since around 1360 B.C., though its popularity did not blossom until the Renaissance. Jan van Eyck's 1433 "Portrait of a Man in a Turban" commonly is held to be the first example of a self-portrait in a panel painting. Later that century, the mirror was invented, which aided in self-reflection and use of the artist as model. German painter Albrecht Dürer, an early 16th-century artist, was perhaps the first to revisit self-representation throughout his career, completing at least a dozen self-portraits. Dutch artist Rembrandt Harmenszoon van Rijn created at least 40 paintings of himself in the 17th century, over the course of 40 years. Also prevalent in the Renaissance paintings are depictions of the artist in pictorial signatures in which they included a representation of themselves in a group scene or other composition. Though artists since the Renaissance began using self-portraiture as a means of exploring psychological self-awareness and of exposing inner turmoil, painters also painted their own images out of practicality. Struggling artists such as the post-Impressionist Vincent van Gogh, who painted 37 likenesses of himself between 1886 and 1889, could not afford to pay models to pose for paintings, and they instead invested in a mirror. In the early 20th century, artists such as Frida Kahlo created autobiographical images that simultaneously recreated their likeness as seen by others, flaws included, and exposed some underlying turmoil. The more than 50 pieces of self-portraiture in Kahlo's legacy boldly display her physical features, such as her unibrow and mustache, and her physical pain. Modern artists such as Andy Warhol, known as the progenitor of Pop Art and prolific producer of iconic screen prints, played with portraiture and the psychology of public and private. Photographers from his era and those that developed later, including Robert Mapplethorpe, Lee Friedlander and Cindy Sherman, pushed these themes and explored even further, frequently using photography as their medium. Whether carved in stone, sculpted from clay, painted on canvas, captured on film, or posted to social media, the self-portrait persists as a popular and powerful form of introspective exploration and expression. 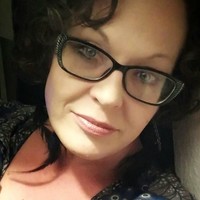 Melissa Jenkins is a freelance writer and business consultant with expertise in healthcare management, small business accounting and marketing, innovative technologies, and emerging industries. A non-profit professional with more than a decade of experience in the areas of community healthcare and affordable housing, she has a strong background in legal research, finance, policy development, and implementation of compliance programs. She also communicates through graphics and photography.

Quora: What Is the Leading Electronic Health Record (EHR) Software?

The Importance of Communication in Healthcare, Including Dental Practices

How Millennials Influence Workplace Communication in Your Dental Practice

How do you thank an employee?

What is demographic segmentation in marketing, and what are some examples?

CBD and Your Endocannabinoid System: What Is ECS and What Role Does CBD Play?

Information Security & Your Dental Practice: What You Need to Know

Internal Revenue Service (IRS): What does "Unreported social security and Medicare tax from Form: a 4137 b 8919" mean?

What is the most accurate way to calculate food cost and waste in a restaurant business?

HIPAA: The Need for a Culture of Compliance

The word "compliance" generally does not generate much enthusiasm outside of an annual compliance... Read More

Health is not something found at the doctor's office. Health starts in the conditions and circums... Read More