On May 18th, Senator Patty Murray (D-WA) and Senator Lisa Murkowski (R-AK) re-introduced the Survivors' Access to Supportive Care Act (SASCA) after a failed attempt to push the legislation forward in 2016. SASCA aims to expand healthcare for survivors and is born out of the experience of one rape survivor, Leah Griffin. In 2014, Griffin was turned away from a hospital in the hours following her assault because they did not administer rape kits, also known as sexual assault forensic exams.

The options given to her were to get herself to another hospital that did do rape kits or pay out of pocket for an ambulance to get her there. Disappointed and in crisis, Griffin decided to go home and receive care later on. This delay in evidence collection then negatively impacted her case and eventually prosecutors declined to bring charges. More importantly though, this delay hindered Griffin from receiving medical attention and connection to further rape crisis services that she, and other survivors like herself, deserve.

In counties across the country, including San Francisco, very few hospitals are equipped to administer rape kits. They lack the facilities and trained staff, otherwise known as Sexual Assault Nurse Examiners. In the entire county of San Francisco, Zuckerberg San Francisco General (ZSFG) is the only hospital available to survivors who want rape kits and other services offered by the Rape Treatment Center. The Rape Treatment Center, housed in ZSFG, is made up of a small staff that serves the whole population of San Francisco and non-residents who are assaulted in San Francisco. In addition to doing rape kits, they provide medical examinations, STI, HIV, and pregnancy prevention medication up to five days after the actual assault.

SASCA will work to increase survivors' access to sexual assault forensic examinations. This will be done through a number of ways, including, but not limited to: the creation of a grant program to allow states to implement surveys of their hospitals' capacity to serve survivors of sexual assault, a pilot program to test best practices for augmenting the availability of services, and the development of national standards of care for survivors.

SASCA is moving through the Senate as the Board of Supervisors make a final vote today to pass legislation that will create the Office of Sexual Harassment and Assault Response and Prevention (SHARP), sponsored by Supervisor Hillary Ronen. SHARP will be charged with receiving and resolving survivors' complaints regarding how City agencies responded to their assault. This Office will also work with community-based organizations and City Departments to enact system-wide reform.

With the pressure on the Sexual Assault Response Team, the creation of SHARP, and the promise of the Survivors' Access to Supportive Care Act, there is a policy window; it is an opportune time to examine the efficacy of having one hospital designated for rape kit examinations and other free medical services that survivors have a right to. Although costly, it is worth considering the opening of another Rape Treatment Center in the City to create access for residents that may not have the means to receive care at ZSFG.

Opponents may argue that having one hospital to administer rape kits helps to keep the evidence collection and custody streamlined for the betterment of a survivor's case. In reality, we have to question who this policy is really serving. As Leah Griffin's case showed, this policy can actually deter timely evidence collection. Even more disturbing is the fact that it can discourage survivors from getting medical attention and support services.

There are many legitimate reasons for survivors to not want to go the hospital after their assault. We should be giving them one less reason. Leaders in the City's response to sexual assault should revisit the policy of having one hospital equipped with trained staff to serve survivors. 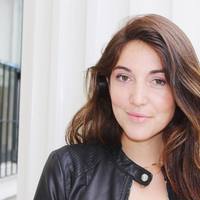 I am a public affairs professional based in the San Francisco Bay Area. I have a Master in Public Affairs from the University of San Francisco and a Bachelor of Arts in Sociology and English from Loyola Marymount University. Throughout my collegiate and professional career, I have had the opportunity to do research and write in many different forms; ranging from policy papers, personal essays, to content for voter communication. My areas of expertise include social justice, sexual violence and sexual violence policy, as well as public policy. I approach my writings with a sociological, feminist, and anti-oppression analysis.