I am a runner, a round runner, an asthmatic runner but I run. Running brings me joy and mental clarity. It helps me get enough sleep and keeps my asthma and allergies in check. Now as much as I love running, I cannot run on a treadmill. I am an outdoor runner exclusively. I will run in the rain, in the snow, in the heat of the summer and the chill of the winter. I will run on sidewalks, lawns, trails or wherever I can make a path.

I think everyone should be running. It doesn't matter how fast you are or that you aren't running any races, running is something humans are built to do. Humans evolved as endurance hunters, it is how we came to dominate the globe. Running is one of the easiest ways to see what your body is capable of and be amazed at your body's ability to do anything. Just as running is a great way to learn about your body, running outside is a great way to learn about your community.

I started running about ten years ago when I switched doctors and was informed I had been misdiagnosed with arthritis at sixteen (yes 16!). This new physician sent me to physical therapy to fix my knee and hip issues. Before that I thought I had to stick to low impact exercise and stretching exercises as even walking could cause crippling joint pain. Once I'd gone through physical therapy and found the best sneakers for my feet (sadly my feet need expensive shoes), I got a dog. My dog was not low energy, she was full of energy that needed to be burned off and could not learn to run next to a bicycle, or off leash. In order to stop the destruction of a bored, energetic dog, I decided to take up running.

Running became our sanctuary, it gave her the time outside and the training to behave on leash, it gave me the ability to learn our community and let my mind wander. We learned which roads connected to each other, where the best paths were in the woods, and who was growing the best local veggies. Neither of us was fast, I wasn't fast because I started the run -walk -run method to gain endurance, she wasn't fast because there were so many smells for her to sniff and so many creatures to chase.

When I moved to attend school, I almost lost the time to run. I was working full time and going to graduate school in the evenings. I started to lose my ability to focus and was getting lost easily. So I turned back to running. Through my running I learned the lay of the land. I discovered a park and a cross country running trail tucked away in the back of a cul de sac. I found a shortcut to the grocery store that gps would never suggest. I found a back up route for when I was stuck behind school busses.

When my lease was up, I moved to another neighborhood, a more urban one. Through my running, I learned the best parking spots for the summer free concert series at the park a half mile away, parking was always difficult. I saw other runners and learned the best places to avoid getting wet shoes. I was able to find the best pizza places and restaurants because I was running in my community. Running outside allowed me to get sneak peeks of new shops, restaurants, and bars before they opened. Running outside also allowed me to avoid traffic on my way to work or school, if I saw cars backing up on my run then I'd know to go another route.

When I started training for my first marathon, I learned just how close the next town over's vibrant downtown was to my place. Running allowed me to discover the best holiday decorations and the most interesting abandoned buildings. I explored all the little side streets and my dogs met all the neighborhood dogs. Running allowed me to see my city wake up and go to bed.

When my partner and I moved in together, running was my path to learning our new neighborhood. I was excited to increase my speed since my neighborhood is filled with hills and find new ways in and out of our neighborhood. My running led me to find a bike path that runs through the city, I found yet another park backed up on a cul de sac and I found a little bubble of the next town over that is only accessible through my city. Sadly, I had to stop running the hills because my running partners are just getting to grey about the nose and need a more even surface. Now I've found all the flat or low hilled streets in the neighborhood which has allowed me to find the local football field, one of the best breweries in the area, one of the best sub shops and a few excellent local groceries. Running even led me to our local community garden so we can grow our own veggies. Running has also introduced me to the older people in the neighborhood as they go about their daily walks. We wave to each other and they smile at the dogs.

Running outside has given me an invaluable link to each place I've lived. I see my neighbors as more than just the person with the SUV or the dirt bike. I see when people are struggling and am able to provide a helping hand. I see when a new place has opened up so we can be first to try it. I see all the life my community has. I see that no place is different from another, from the backwoods of Maine to the hustle and bustle of Philadelphia, all these communities are vibrant and wonderful. Running outside will open your eyes to your community, it will make your community more than just where you live, it will make it your home. 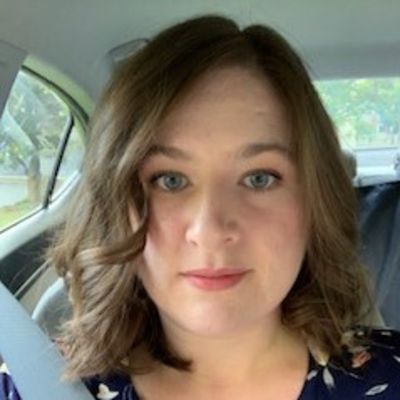 Writer based in Connecticut current owner of L. Odell, LLC