We've discussed Ron English's work before with you here at VA. His art, in one word, is terrifying. The images aren't that scary, but what these images represent is the key. English holds a mirror up to society and popular culture, which means we've got some explaining to do. English is well known for his propagandist art. He covers everything from the fast food culture to religion with visceral images and bright colors. For 2012, he branched outside of this world and tried something new. First, English paired with rapper and singer Chris Brown to create some toys. The collaboration dubbed "Dum English," includes toys and art sculptures. The line launched with 1,000 toys and an exhibition of Brown's street art. During this, the two also came together to create sculptures in front of the audience. "I'm the world's oldest ten year old," English joked with Brown during a discussion about why the artists do what they do best for Juxtapoz Magazine. For the better part of the year, English managed to stay busy. The Corey Helford Gallery in Culver City, Calif. hosted an exhibition called "Crucifiction" where multiple artists showcased their various interpretations of the crucifixion of Christ. For this gallery, English created "Financial Sacrifice American Depress." It's the image of a fat Mickey Mouse crucified on an "American Depress" credit card. It's a prime example of English's work for which he is most known – the term he coined "POPaganda," a style that analyzes through an amalgamation of our culture's highest and lowest points. For 2012, English took some more time to interview other artists. Shepard Fairey is another artist that specializes in propagandist art. (He's the one behind President Obama's now famous 2008 campaign poster – the red, beige and blue stencil of Obama's face with "HOPE" written across the bottom). English took some time to discuss politics, that iconic poster of Obama and commercialism versus activism and a bit of art as well for Juxtapoz Magazine. "I kept quiet and soaked in the story of his first billboard adventure, fully recognizing the look in his eye. He was hooked. Only time would reveal how hooked he really was. Not only did he become the most prolific [wheatpaste] artist in history, but a new generation followed him in the creation of the global phenomenon that became known as Street Art," English wrote about his first encounter with Fairey. Other than the gallery in Culver City, English also showed at some galleries in New York. Between the galleries, billboards and interviews, English was very busy. However, there's still work to be done. So, what has Ron English been up to since then? His most recent exhibit for 2015 is no longer holding up that mirror, but is telling us what to do with the newfound information. For December 2015, you can catch an English exhibit at the Corey Helford Gallery in Los Angeles. Titled "Neo Nature" with the tagline "We Are The New They," the exhibit features pieces by English that showcase his growth as an artist. One particular piece called "Monarch Elephant" is exactly what it sounds like – an elephant with the markings and coloring of a vibrant orange monarch butterfly, and it is magnificent. The elephant is raising its head and trunk, in defiance or perhaps in exuberance, outlined and surrounded in a true blue that almost makes the elephant look like it is glowing. The exhibit's description is equally as tantalizing: "We have evolved to survive in times incongruous with nature, where instinct won't save us. Our intellect is our fang." This is where I believe English has grown the most. Instead of just holding up a mirror to society, he is showcasing a necessary evolution. He can inspire us to rise above, to evolve. With English as inspiration and intellect as our fang, we can ascend. 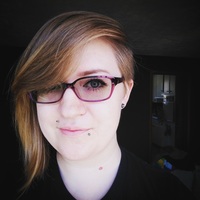 How Do We Keep Venues? A Lesson From The Masquerade

Four years of my life were spent in Atlanta. Some wonderful (and not so wonderful) things happene... Read More