Many people of a certain age (mine, specifically) will likely tell tales about the brief Golden Age of Napster to their children and grandchildren. True peer-to-peer sharing. Hard-to-find songs obtained within minutes. No meddling from evil behemoth record companies. From 1999 to its 2001 shutdown, Napster was the original pioneering P2P music-sharing service until it was sued by members of the Recording Industry Association of America (RIAA) for trading copyrighted music. Most free P2P sites have likewise been shut down or converted to subscription models, and dozens of music streaming services have cropped up over the past decade, but the legality of such services remains nebulous at best. This was apparent at the end of last month, when the popular streaming website Grooveshark shut down after reaching a settlement with Universal Music. The company was found guilty of copyright infringement and faced up to $736 million in damages for uploading Universal's copyrighted tracks but escaped that payout by voluntarily shutting down. Grooveshark's homepage now includes a relatively contrite message describing the shutdown. The controversial Grooveshark has drawn the ire of record companies since its founding in 2007. Despite pioneering legit licensing deals with large publishers such as Sony/ATV, ASCAP, and BMI, they had been in death throes since last year, when an early internal email was revealed as part of the legal case. In it, CTO and co-founder Joshua Greenberg urged all employees to upload their own MP3s to the service (nearly 6000 in all) or face his corporate wrath. The email was found to negate protection under the "safe harbor" provision of the Digital Millennium Copyright Act (DMCA) and doomed the company to big damages or complete failure. Digital copyright discussions bring up interesting issues around technology, usership and ownership. For example, if a user illegally uploads or downloads copyrighted content to or from a file-sharing service, who's truly responsible? The DMCA's safe harbor provision, which mandates that online user-centric services like Grooveshark and Google's YouTube take down offending content when notified by the copyright holder, gives users a carte blanche for infringing behavior, at least until the service is caught in the act. Since popular sharing sites have hundreds of millions of users, many of whom wittingly or unwittingly upload copyrighted content on a regular basis, illegal content may stay active for years before a takedown notice occurs. Even more nebulous in terms of DMCA are sites like Vid to MP3, which allows users to extract audio from any YouTube link in a matter of minutes. Extracting audio from, say, a recorded talk or lecture is perfectly legal, but because YouTube is slow to remove the millions of infringing videos on their site, a user could easily extract audio from a copyrighted music video and effectively pirate the song itself. Vid to MP3 attempts to do its due diligence by including an anti-piracy notice on its homepage, but how many users realistically follow this directive with zero chance of personal backlash? DMCA's message to on-demand service users is that copyrighted content showing up free on the Web is probably at least partially illegal. Some music services such as Pandora and Spotify have evolved to comply with the elevated royalties required under DMCA, legally acquiring content from large publishers and generating revenue through ads or premium subscriptions. As a former Grooveshark user I will admit that I'm sad to see albums-worth of free music down the drain. But the law's the law and musicians still have to have to eat. 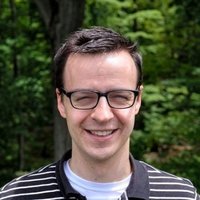