In 1985 a series of toxic algae blooms, known as brown tide, swept through the waters of the East End, wiping out huge portions of the local shellfish population and threatening a centuries-old local way of life. In response to this environmental and economic devastation, East Hampton Town received a grant from New York State to create a shellfish hatchery. "We felt the need to start growing shellfish to supplement the wild stock," explained director of the hatchery, John "Barley" Dunne. "So people out here could still make a living, and because they're filter-feeders and they improve their habitats." "We collect spawners or adult shellfish from around town and spawn them at the hatchery in Montauk," explained Mr. Dunne. The East Hampton Town Shellfish Hatchery spawns and rears clams, oysters and scallops in what was once part of the World War II Naval Base on Fort Pond Bay in Montauk. After a couple of months, the millions of tiny bivalves — roughly the size of a pencil eraser — are transported to the shellfish nursery in Three Mile Harbor where they stay and grow until mid-summer. They then are moved to the field site in Napeague Harbor until the fall, when they are seeded in local harbors and left to grow and be harvested. Clams have a pair of siphons that enable them to filter approximately 50 gallons of water a day. Water is drawn in through the inhalant siphon where finger-like cilia stir the water, trapping the food in a mucus-like substance that the clam feeds on. The exhalent siphon carries the now filtered water out of the clam and back into the sea. "They improve water quality, they improve habitats," said Mr. Dunne of clams. "All the growing is wild." The shellfish nursery in Three Mile Harbor uses flowing natural water to nourish the clams, oysters and scallops. "The water then goes back into the harbor filtered and cleaner than it had been before." The East Hampton Town Shellfish Hatchery publishes maps of where the clams, oysters and scallops are seeded so that local bay men and recreational clammers know the densely populated spots. "Scallops are really seeded in specific scallop sanctuaries in Three Mile and Napeague as part of a grant project because they're protected," said Mr. Dunne. Clams and oysters are frequently seeded together in Three Mile Harbor, Hog Creek, Accabonac Harbor, Napeague Harbor, Northwest Creek and Lake Montauk. While clams can be seeded in a variety of places, "oysters are difficult because they lose their ability to move, so we tend to seed them on harder surfaces. Otherwise they will sink and usually suffocate under ground," said Mr. Dunne. Twenty-five years ago, the shellfish population and the traditional East Hampton way of life was threatened. Last year, approximately 33 million shellfish were seeded into local waters, valued at over $700,000. "The shellfish hatchery is really good for the people of East Hampton," said local bayman, Zach Persico. Recreational shellfish permits can be purchased by any local resident at the town clerk's office for a fee of $10. 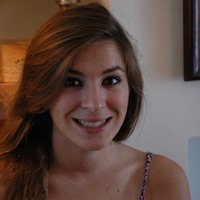 It's a little embarrassing to say this but I've never really been much of a fisher-woman. Don't g... Read More

December is a busy month for everyone: holiday parties, gift buying and cookie baking seem to dom... Read More