This story originally appeared on mensjournal.com on Sept. 7, 2017 Reef, the California sandal and surf lifestyle brand started by two South American brothers back in '84, just added a new line of boots to their footwear lineup. The new Voyage collection takes all the best parts of their sandals — soft leather, great foot support, laid-back style that's still sharp — to create a chukka that's as good-looking as it is versatile. They're light, but also durable enough for fairly rugged outdoor activities. We can attest they're comfortable straight out of the box, as in, they didn't need to be broken in at all. They come in a black or brown. leather ($145) as well as in suede ($130) with a choice of either khaki or bungee colorways. There's also a Low Top version ($115).

Here's the technicals: The Voyage boots, like many of Reef's sandals, use the company's Swellular Technology, which is basically made up of three layers: a soft foam deck on top, a slightly firmer midsole, and a high-density rubber outsole that provides traction and durability. They've also got built-in superior arch support, which means your feet stay comfortable longer. The uppers are made from Wolverine Performance leather (yes, that Wolverine) and includes a Scotchgard treatment to make them water- and stain-resistant. They easily transition from a tromp in the woods to a night out (we've done both in them) and since they're stain-resistant you can clean 'em up quick, so they actually make that jump from mudpuddle to movie night without looking like you've been slogging through the muck.

Our favorite is the Voyage Boot LE in black. They're perfect with a pair of slim black jeans or Reef's Adventure Pants. 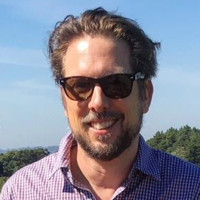 I’ve been an award-winning journalist for more than a decade, working for daily newspapers in New York and Massachusetts and freelancing. My work has appeared in a variety of national media outlets such as Modern Farmer magazine, Men’s Journal.com — where I was a regular men's style contributor — Smithsonian.com, and American Libraries Magazine. I was also freelance contributing editor and social media manager at Modern Farmer. My work has included producing daily web content, crafting social media campaigns, writing marketing and product material, as well as in-depth news stories. I’m used to tight deadlines, produce clean copy. I've also written two historical true crime books, published by The History Press. My work has focused on food, history, the environment, sustainability, men's style, crime, agriculture, and cutting-edge tech...

This story first appeared on smithsonian.com on May 10, 2017. You can get bespoke suits, shoes, ... Read More

This story appeared on Smithsonian.com Sept. 11, 2017 A new startup, WildKale, thinks it has a b... Read More