But then, if you take a moment, I suppose it's not all that difficult to figure out. If you think about it, the two concepts—realism and idealism—are pretty much diametrically opposed. One of them looks at things exclusively as they "are;" that is, as they appear in the natural, physical here-right-now. The other looks at things exclusively as it has reason to think they could and should be. You can probably guess which is which.

Now, that word 'exclusively' is important, and its use in the instances above should not glossed over. It means "omitting everything else from consideration." Realism deals only with natural circumstances because it chooses to only consider natural circumstances. It "calls things the way it sees them" because it uses only physical eyesight (that is to say, only the five physical senses) to form its opinions and make all its determinations. By doing so—and without even realizing it—it sadly limits itself only to outcomes that can be brought about naturally.

Idealism, on the other hand, chooses to consider—to the exclusion of all else—the ideal or best condition. That's not to say it completely ignores the natural circumstances as though they simply were not there. No, it simply sees—it focuses on—what it believes the situation can or should be. In other words, it considers things which are not as though they were. Sound familiar?

Remember Abraham and Sarah? (Genesis 15:4; 17:1-5, 15-21) Let's just go ahead and reset the stage: God told Abraham he'd have a son to be his heir. But Abraham and his wife were childless and both pretty much around the bend… and down the road a far piece, as far as age was concerned. I mean, let's face it: the man was ninety-nine years old and just didn't have the same 'swag' he used to. So, strike one. Continuing on in that same vein, Sarah was now post-menopausal—by several decades. Strike two. And since we're already here and talking about it, we might as well mention the fact that even when she was pre-menopausal she was barren—she'd been that way her whole life (Genesis 11:30). Strike three, game over! Put bluntly, these two had absolutely, positively no chance or hope of ever having a baby… in the natural.

But Romans 4:19 tells us that Abraham didn't even bother to consider the condition of his physical body—which at that time was just as good as dead from a child-fathering standpoint—nor did he focus on the fact that Sarah also was old and barren. He chose to look at and think only about the ideal, the best outcome that could possibly be—the outcome he had reason to believe in because God had declared it to him. And because Abraham believed what God said to him, he said it too—which happens to be the very way The System works. Through his name change (from Abram to Abraham, which means "father of a great multitude"), Abraham began to "call things which be not as though they were," just like God does (Romans 4:17). And the result? He and his wife had a kid named Isaac, just like God said they would (Genesis 21:1-3).

Why limit yourself only to what's "real" by only considering what you can see or feel—or figure out with your own mental faculties? There's much more around us than just that, but you'll never be able to experience any of it without "considering" the truth of it in God's Word. His Word contains exceedingly great and precious promises that can solve every problem we know about… and every one we don't know about (2 Peter 1:4). And one of those amazing promises is that "by His promises [to us] we can partake of [God's very own] divine nature."

Just what nature would that be? Well, what's the nature of God? He's the ultimate 'Ideal' and therefore the ultimate Idealist, wouldn't you say? And Jesus is the ultimate physical expression of that Ideal (2 Corinthians 4:4; Colossians 1:15; Hebrews 1:3). And since it is written, "As He is, so are we in this world" (1 John 4:17), I guess that actually means God intends for us to be idealists, too.

When it comes right down to it, why would you not want to be? 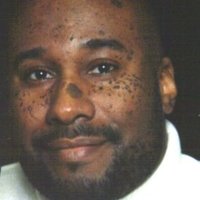 I'm a versatile writer with over 12 years of professional experience in article composition, technical and legal writing, web copywriting, blog writing, and research. I've also got extensive editing experience, including content-, line-, and copy editing; Proficient in AP and APA writing styles, I'm an analytical and creative thinker with the ability to multitask and work within strict deadlines.

Concerning Debt Consolidation… With so many individuals and families mired in debt—and sinking e... Read More

**Finding Good Rental Properties and Tenants** If your long-range plans include a career in real... Read More