Questions of Provenance: the Getty Kouros

...Marion True reveals a spurious letter, which suggested that the Getty kouros had been seen in 1952 by Professor Ernst Langlotz, a renowned scholar of Greek sculpture – but the postal code on the letterhead did not even exist until 1972! In the face of a vanishing paper trial that leads nowhere, the provenance of the kouros is further complicated by the fact that it was apparently stored "in a Swiss private collection for fifty years... [yet] it never had been reassembled, though it was virtually complete." However much doubt this may casts upon the kouros' authenticity, it behooves us to recognize that an hoax does not guarantee that the Getty kouros is a forgery. The case could certainly be made that this manufactured provenance represents a concerted effort to sell an illegally-obtained, yet authentic, work of art. Examples of this are certainly not unknown amongst kouroi – the Anavyssos kouros itself, for example, was smuggled out of Greece from a district which was known for an endemic traffic in antiquities, and delivered to a private collection before its discovery. Such a fate could have befallen the Getty kouros and contributed to its lack of credible provenance.

Still, scholars remain at an impasse over the nature of the Getty kouros. Eventually, however, all debate must tentatively end at some point (in lieu of incontrovertible evidence) in favor of accepting an lectio difficilior potior: the more difficult reading is the stronger. The fact that this kouros offers certain strong points among baffling anomalies seems indicative of artistic "natural selection," and possibly modern tampering as well. These anomalies lie within the margin of reasonable variability; indeed, "would not similar defects be found in most of the kouroi, if they were to be subjected to an equally suspicious review?" However, I must say that this scholarly impasse only illustrates the utter importance of concrete provenance in displayed works of art; without it, a thousand analyses proliferate and only serve to muddle the waters. The Economist, at the 1992 Athens Colloquium, published a brief moral, simple and disarming, I will allow to serve as our parting thought from the grand and tangled fable that is the narrative of the Getty kouros:

"Never, ever, buy a piece without provenance." 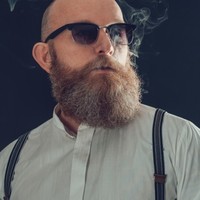