Quantum computing will change the world forever - here's how

An SFU researcher in Burnaby is forging her own path, hoping to create the world's first ever silicon quantum computer – and in the process, change the world more than you could ever imagine.

Stephanie Simmons, who leads the Silicon Quantum Technology research group, will be blowing the world of quantum computing wide open at the upcoming #BCTECH Summit.

"It unlocks so much!" Simmons told Daily Hive. "You can't ignore how much quantum computing is going to change every other branch of science, but also everything else."

What is quantum computing?

Simmons explains that quantum computing relies upon the "strange" laws of quantum mechanics, which operate at a very small, very cold, subatomic level.

They include the law of superposition, which allows objects to be in two states or places at the same time – just so long as you're not looking at it.

"It's this weird thing that if you disturb it, if you measure it, if you look at it, it doesn't hold on to that superposition," said Simmons.

The essence of quantum computing is what happens when you apply the law of superposition to bits, which can usually only have one of two positions.

"Think of it like this. A bit, which is used in regular computers, is either a 0 or a 1. According to the laws of quantum mechanics, you can have objects that are 0 and 1 at the same time."

"If you engineer your systems properly, you can have bits turn into qubits – quantum bits. And by being able to represent 0 and 1 at the same time… you can actually accomplish a lot more computationally."

More at this link: http://dailyhive.com/vancouver/quantum-computing-stephanie-simmons-bc-tech-summit 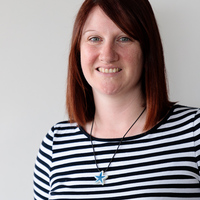 Heineken beer's top craftsmen are taking on Canadian craft breweries in a bid to make their Amste... Read More

The birth of a caramel-coloured bear cub at Whistler this year has renewed interest in the bears ... Read More

Lost In Space is Netflix's slick, 4K reboot of the classic 1960s TV show. A twist on the time-hon... Read More