The Great Depression was a global, financial crisis that occurred in the late 1920s and lasted throughout the end of World War II. Toward the end of 1933, millions of Americans were jobless. This economic devastation caused food insecurity and massive unemployment as people stood in breadlines and scoured the country in search for work. During this time, many political and social issues bubbled to the fore, which aggravated the effects of the Depression. Wall Street Crash of 1929 Herbert Hoover began his presidency eight months before the Wall Street Crash of 1929, which destabilized the banking system in the United States and caused many Americans to lose their livelihoods and net worth. To combat the crisis, President Hoover preferred a conservative approach to spur economic growth. He believed in the laissez-faire principle -- less government control to shore up businesses -- to stabilize the economy. Hoover felt that stabilizing the business community would cause prosperity to "trickle down," according to the article "The Great Depression and the New Deal: 1929-1940s" on the Collin County Community College website. However, critics of President Hoover's approach believed that the federal government should intervene to help Americans more directly. President Hoover lost the reelection in 1932 to Franklin D. Roosevelt who advocated for more government intervention. Resistance to The New Deal From 1933 to 1934, the jobless rate was at an extraordinary 25 percent with another 25 percent who had their hours and wages cut, reports Collin County Community College. This meant that one out of every two households in the United States was either unemployed or underemployed. President Roosevelt developed the New Deal programs, which drastically increased federal spending to stem the unemployment crisis and increase American spending power. Programs such as the Works Progress Administration employed over 8 million Americans to work on public roads and parks. However, President Roosevelt received push back from right wing politicians who disliked the New Deal policies and thought they were socialist. Roosevelt also received criticism from fellow liberals like Louisiana Senator Huey P. Long, who believed the New Deal policies should go further. Long wanted the federal government to offer a guaranteed household income for each American family -- paid for by high taxes on the wealthy. Race Relations During the Depression, racism and discrimination against African Americans reached a breaking point. Although many Americans faced job insecurity, by 1932 almost half of all African Americans were out of work. This economic uncertainty fueled the already intense racial hatred toward blacks. In the North, some white Americans called for blacks to be fired from jobs because whites were out of work. Racial violence against blacks also intensified in the South. According to the Library of Congress, lynchings of black Americans increased from eight in 1932 to 28 in 1933. President Roosevelt attempted to soothe race relations by calling on some African Americans as advisers to work in the federal government. He also passed Executive Order 8802 which outlawed discrimination on the basis of race, sex, and color in defense industry jobs. American Isolationism With the global economic collapse of the 1930s, the United States turned its focus on domestic issues and for awhile steered clear of the turmoil brewing overseas. As Japan, Italy, and Nazi Germany gained more control and power of countries outside their borders, the United States did express concern. In response to Japan's expansion into China, President Hoover and Secretary of State Henry Stimson created the Stimson Doctrine of 1932. The doctrine stipulated that the U.S. would not recognize territories gained by force and that violated international treaties. However, the United States did not directly intervene in conflicts overseas. President Roosevelt wanted to take a more active role in international aggression, but isolationists in Congress opposed intervention. According to an article on the U.S. Office of Historian, Congress passed the Neutrality Acts which prevented American ships and U.S. citizens from getting involved with outside conflicts. Although, with the bombing of Pearl Harbor on December 7, 1941, the United States could no longer continue its foreign policy of isolationism. They entered the war. 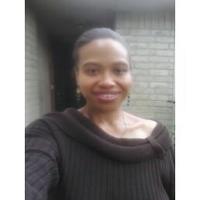 An abusive father can have a detrimental effect on a young woman&#39;s confidence and on her futu... Read More