Plot? Who Needs A Plot?

I was reading a blog post today by Alex, from over at When Alex Writes. It was on being a panster plotter. You know, writing by the seat of your pants and coming up with the plot as you write?… Um, welcome to why I do not have any finished novels. Plot? Who needs a plot? I can get by perfectly fine without a plot. Right? I have written about this in the past. My plotless novels. Which, by definition, can it even be a novel if it doesn't have a plot? Oh sure, I do have a general idea of where I want the story to go. Obviously the hero gets the girl and the antagonist goes away. I know, really thought provoking there. ( I deal in lots of sarcasm. It was right there, by the way) The reason this post and thought came to mind was because I had a dream recently where I was called by a senator who had read a letter I sent him and he wanted to have dinner with me. Fortunately the senator was Linus Roache so a sexy senator. Anyways, the dream made me want to write out a romance story of a woman who meets a senator who wants to have a relationship with her. I suppose it's a little bit alongside And American President, but whatever. I still had ideas. I just have no plot. None. Just drabbling it out in stages here and there. This is not going to work. Now comes to Alex's post. Plotting for Pansters: A Brief How-to I suggest you check it out. The whole thing is quite brilliant. Though I am a little boggled by the first part…. "Start by taking the scenes you want to write, settings you'd like to explore, snippets of dialogue or even feeling and place and compiling all of your ideas into a folder or word doc. Then draw parallels with the information you need to communicate and the imagery that inspired you to write the story in the first place. You're trying to create a complete image, develop details and ideas into full-fledged scenes, plot points and story arcs. This is, essentially, the brain storming phase." The bold part…. I'm not even sure what that means. But I suppose I can try. And I loved her suggestion about using an online whiteboard… Or as Castle calls it, the crime board… I love this suggestion also because years ago, Mims told me how her friend used sticky notes or post-its to write out key plot details and she could move them around at will. I've always loved that idea, but I just could never get it off the ground. Mind you, I don't have any place I could actually do this except on my ceiling, and no, I'm not going to do that. So, I shall attempt, hopefully, to try and organize my thoughts a bit more. Sometimes I just like writing and seeing where the story takes me. I had this whole idea of how I wanted another character to act in a different novel, and as I wrote, this person became her own self. It wasn't me in that position. It was her and she was doing things I wouldn't have even come up with. I worry I will lose that by plotting. But, seeings as I have never plotted properly, what harm will it do to try it? 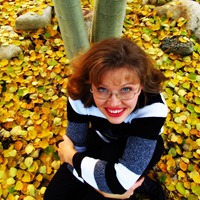 You can take your Hunger Games. I'll take Divergent. So, in this past year and a half, the theme ... Read More