Phoenix: The Hottest City in the US Right Now

Dreaming of heading somewhere warm? You're not alone. Hipmunk visitors are searching for somewhere to escape the winter blues and this year there was a standout newcomer to the mix. Watch out Miami: Phoenix, AZ, is on fire right now. Even though November to April is Phoenix's peak travel season, the uptick in bookings for this Southwestern capital city extends beyond the travel season. Hipmunk analyzed its data for flights arriving in the 30 most frequented airports in the US in 2014 and 2015. As it turns out, the number of flights landing in the US rose 20 percent between 2013 and 2014, and another 26 percent between 2014 and 2015.Flights to Phoenix, however, have increased steadily by 36 percent each year. And while there may have been a slight increase in flights to Phoenix thanks to new carriers like Volaris,that doesn't explain this explosive growth. And it's even getting cheaper to fly there. Looking at Hipmunk's historical data, we learned that flight prices have decreased eight percent over the past three years with an average round trip price of $319 in 2015.The most affordable departure cities for flights to Phoenix are San Francisco,Oakland, San Jose, Chicago, and Minneapolis, with average flight prices of $207, $297, $282, $287, and $277. And unsurprisingly, residents in these cities have discovered the sunny, low-cost lure of Arizona. San Francisco's SFO and Chicago's ORD airports have the most outbound flights to Phoenix year over year, but in 2015, Toronto and Calgary cracked the top 10 outbound cities as well. But wait, there's more. The average hotel price has remained stable for the past three years, hovering around $100. These low prices are available even for last-minute bookers with 33 percent of bookings for Phoenix occurring on the day of travel and 15 percent with one day of lead time. For context, the average prices of the three biggest US cities, New York City, Los Angeles, and Chicago are $249, $145, and $210 respectively. Average prices for both flights and hotels peak in March, which seems correlated to the influx of baseball teams and their fans for spring training. All 10 of MLB's Cactus League stadiums are within driving distance of Phoenix, and the 14 out-of-state teams and their fans generated $544 million dollars of revenue in 2015 alone. Phoenix's growth as a destination for Spring Breakers and Spring Trainers has catapulted them into the top five destination cities for the US in March– a four-rank improvement from their 9th place finish in 2014. For March 2016, Phoenix is holding steady at 5th place but with 5 days left in February, it still has a chance to move up the list. If catching up on America's favorite spectator sport isn't on your to-do list, don't worry: Phoenix is much more than a baseball town. This city is a mecca for outdoor activities like hiking, running, mountain biking, and more. The Grand Canyon is a mere four hours away, and near the city center you'll find 50 miles of hiking trails at South Mountain Park and Preserve, as well as epic mountain biking terrain on McDowell Mountain. So no matter what kind of vacation you're in search of, you can find it all in Phoenix. Methodology: "Hipmunk analyzed the most booked inbound flights to the Top 30 US Airports by traffic volume from March 1-31 2014, March 1-31 2015, and March 1-31 2016." 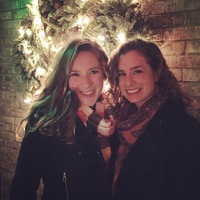 Fiona specializes in travel, art, food, science and education writing. After graduating from Williams in 2011, she pursued a post graduate degree in biochemistry before moving to San Francisco. She has worked in education and travel for the last five years as a content strategist, writer and editor. She is passionate about grammar, triathlon and really great chocolate chip cookies.