When the show began in 1950 only new cars were featured. Now, old is new — with one exception. Concept cars and debuting models, sometimes called prototypes or dream cars, returned to the Concours d'Elegance about 30 years ago.

The "Concept Lawn" area of the show will feature 22 concepts this year — eight more than last year — according to spokeswoman Kandace Hawkinson. Manufacturers and shows, including the Pebble Beach Concours d'Elegance, often prefer not to reveal the vehicles they're debuting. Some concepts at shows around the country are used in marketing campaigns.

The concept of concept cars began in 1938 when Harley Earl, the design chief at General Motors, conceived the Y-Job. It was built on a Buick chassis and was called an "idea car." It was futuristic for its time and featured hidden headlights, power windows and a power top that retracted under a hardshell tonneau.

Nearly 20 years late, the Batmobile was born via a Lincoln Futura concept displayed at the 1955 Chicago Auto Show. It was a driveable concept built in by Ghia in Italy and painted pearl white. After being painted red, it was featured in the 1959 movie called It Started With a Kiss. The Futura was sold for $1 to George Barris, a custom car builder who turned the vehicle in the futuristic Batmobile for the 1960 television program.

The Dodge Viper is among the best-known cars that debuted as a concept. The high-performance muscle car was unveiled in 1991 when two pre-production models were used as pace cars for the 1991 Indianapolis 500. The car was an overwhelming sensation was debuted to the public in January 1992. It's been held in high esteem by purists since but will end its run with the 2017 model.

Cadillac, Ford, Infiniti, Lamborghini and Mercedes-Benz will debut new vehicles at the Concours d'Elegance. The Buick Avenir, a flagship sedean, Hyundai HCD 16 Coupe, Infiniti Q60, McLaren 570s, and the Alfa Romeo 4C Spider debuted at earlier shows this year. But they'll will be viewed in Pebble Beach for the first time.

"The display of concepts brings us full circle with our heritage in that respect," said Sandra Button, chairwoman of the Pebble Beach Concours d'Elegance. "The concepts bring our celebration from past to past to future.

"We are not only honoring our automotive heritage, we are making automotive history today. I think concepts emphasize the design ideals and the technological advances that we honor on the Concours show field." 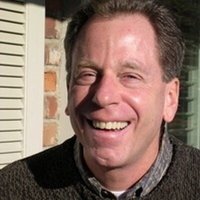 As a sports, travel and business journalist for more than 35 years, I have contributed to many print and online publications and news services, Associated Press to the Sacramento Bee, Runner's World Magazine to The New York Times. I have reported on the automotive industry since 2004 and write the syndicated new car review column The Weekly Driver. As a sports writer, I have covered events around the world, the Tour de France to the Winter Olympics. I have contributed sports, fitness, travel and business articles to numerous specialty magazines and web sites, Competitor.com to Gulfshore Business in Florida to the Scripps-Howard New Service. Versatility is my strength.

By James Raia A half-century after first visiting the Concours d'Elegance as a student, Ken Eber... Read More