On August 14, 1285, Peter III the Great, king of Aragon and Sicily, count of Barcelona, arrived at the Benedictine monastery of Montserrat. Peter's heart was troubled. Papal pressure upon France had persuaded its king, Philip III the Bold (r. 1270—1285), to annex the realm of Aragon for Philip's second son Charles. In late spring of that year, eight thousand French troops crossed the eastern Pyrenees, immediately forcing Peter and his mostly Catalan troops onto the defensive. Peter was in a particularly difficult position. He was unable to persuade the recalcitrant Aragonese to mobilize against the French; and his brother, James II, king of Majorca (r. 1276—1311), opted to support the French-papal invasion. Obviously, help had to be sought from a higher power. Peter kept vigil all night before the famous Romanesque image of the Virgin Mary, by this time already blackened by years of smoke conveyed by the thousands of candles lit by her many devotees.

With "fervent heart and holy zeal," Peter prayed for aid and renewed courage, so that his enemies "...would be forced to repent of their arrogance in that they had entered wrongfully into his land." At dawn, after hearing mass and making votive offerings to the Virgin, he and his entourage departed, to eventual victory over the French. Since the days of Peter's ancestors, the earliest Frankish counts of Barcelona, Catalonia-Aragon's rulers had singled out Montserrat for special devotion. Despite its remote location upon the looming "serrated" mountain that gave it its name, Montserrat, under the favorable gaze of its royal overlords, never failed to expand and prosper. 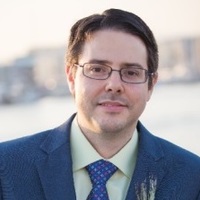