Ostranenie versus the anesthetic of familiarity

Central to the Russian Formalist school of literary criticism was ostranenie, a literary technique intended to defamiliarize the audience's perception of the ordinary, the quotidian, and the habitual. This concept of deautomatization, as advocated by Viktor Shklovsky and other Russian Formalists, was denounced and harshly criticized by both Leon Trotsky and Joseph Stalin. Ostranenie stood in contrast to the "Vulgar Marxism" of Stalinist Russia, which asserted that literature can generate only false consciousness because all literature produced in a capitalist society reflects capitalist ideologies. In contrast, the goal of formalism, according to Shklovsky, was a "return to craftsmanship" (Steiner 45) and a reconnection with the poetic function of language. To Shklovsky, art provided the means by which: "one may recover the sensation of life: it exists to make one feel things… The purpose of art is to impart the sensation of things as they are perceived and not as they are known" (qtd. in Richter 721) Russian Formalism in general, and Shklovsky in particular, utilized a strict form of intrinsic literary criticism, one which focused solely on the text itself rather than using it as a mere conduit for one's ideological assertions. This mechanistic method, along with the use of ostranenie, helped Russian Formalism to drastically reinterpret the value of both composition and form. As Shklovsky noted: "[a]fter we see an object several times, we begin to recognize it. The object is in front of us and we know about it, but we do not see it—hence we cannot say anything significant about it. Art removes objects from the automatism of perception is several ways." (Shklovsky, "Art as Technique" 5) Shklovsky argued that "the process of perception is an aesthetic end in itself and must be prolonged" (Richter 741). However, this process cannot always be sustained for as long as one might desire. Habituation frequently diminishes and/or destroys the intensity of our perceptions and sensations. These "objects" (or people) eventually become nothing more than a part of our everyday existence and are often taken for granted because they are just "there" and we "cannot say anything significant about [them]." The Russian Formalists proposed ostranenie as the solution to this loss. In his essay "Form and Material in Art," Shklovsky analyzes how various art forms relate to the concept of ostranenie. About literature he says: "[w]e live in a poor and enclosed world. We no more feel the world in which we live than we feel the clothes we wear. We fly through the world like Jules Verne characters, "through outer space in a capsule." But in our capsule there are no windows. The Pythagoreans used to say that we do not hear the music of the spheres because it goes on uninterruptedly. In the same way those who live by the sea do not hear the noise of the waves. We do not bear even the words we speak. We speak a pitiful language of incompletely uttered words. We look one another in the face but do not see one another." (Shklovsky, "Form and Material in Art" 6) In Stalinist Russia, all literature and criticism was expected to be "a handmaiden of 'Socialist Construction'" (Erlich 135). Unconventional interpretations were relentlessly silenced through both subtle and more overt threats. Because the Russian Formalists, with their concept of ostranenie and their practice of intrinsic criticism, did not meet this expectation, they were harshly attacked, most notably by Trotsky. For many of the Russian Formalists, the choices were few: either recant their theories or emigrate. Shklovsky chose to formally recant his hypotheses and theories. He publicly abjured the doctrine of O.P.O.J.A.Z. (The Society for the Study of Poetic Language) and began to describe formalism as an "untenable position" that was incomplete without a "thorough study of Marxist method in its entirety" (Elrich 137). A defense of Shklovsky's work against Trotsky's accusations can be stated thusly: the material conditions in which we exist are indeed a fundamental and inescapable part of our everyday existences; however, art should, at its core, have a higher purpose, one which helps us to shed our habituated blindness towards the beauty and wonder of the world in which we live. Ostranenie was powerful enough to threaten the status quo and sociopolitical structure of the society in which it was used. For us, it is a gift and an invaluable technique, one that can help us to combat the "anesthetic of familiarity" and to regain the sensations of appreciation, awe, and wonder that habit steals away. _____________________________________________ Sources: Erlich, Victor. Russian Formalism: History-Doctrine. London: Mouton & Company, 1965. Richter, David H. The Critical Tradition. New York: Bedford/ St. Martins, 1998. Shklovsky, Viktor. "Art as Technique." in The Critical Tradition. New York: Bedford/ St. Martins, 1998. Shklovsky, Viktor. "Form and Material in Art." in The Critical Tradition. New York: Bedford/ St. Martins, 1998. Steiner, Peter. Russian Formalism: A Metapoetics. New York: Cornell University Press, 1984. 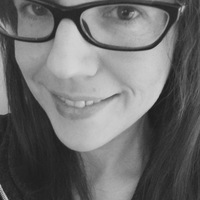 Many of us who teach college composition courses spend a significant portion of each term instruc... Read More