A plot of formerly undeveloped land in Brewer will soon be home to the area's newest dental practice.

Doctors Stephanie Pouzol and Michael Cabral are developing Northeast Dental Partners at the site. The general practice is expected to open later this month, though they are currently accepting new patients and appointments. The practice hopes to employ up to five hygienists.

Pouzol is a native of Orrington; Cabral hails from Glastonbury, Connecticut.

For this duo of Tufts University dental graduates, starting a practice in the area was a no-brainer.

"We came to this location because we really like the Bangor and Brewer communities," said Pouzol. "Initially, we were thinking about purchasing a practice. But the more we thought about it, we were really compiling a list of what our wants were for our own place. And it made more sense to us to build from scratch, to have exactly what we would want for the next, hopefully, 35 or so years."

Cabral added that new construction allows them more control over the materials and procedures that they use, which he said ultimately benefits their patients.

"We're not being told by anyone that we need to do things a certain way or cut costs by choosing a lesser, inferior material," he said. "We're very happy that we're able to deliver the highest-quality care for patients in this area."

In addition to building the new practice, Pouzol also works with Penobscot Community Health Care to provide dental services to students at the Brewer Community School during school hours.

"It's a lot of fun," she said. "The kids are very focused on their school day. They want to be sure that they're getting back to whatever they're doing, but they like to have a little variety in their day too. Sometimes it depends on what we're doing. That can change their attitudes. But for the most part they're interested in what stickers we have to offer that day."

The practice plans to hold an open house May 19. 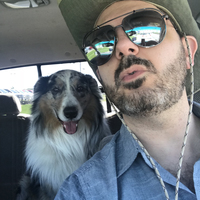 Right up front, I'm a professional editor | published freelancer writer | business owner | marketer | travel obsessive | outdoorsman. But since you're here, I have a question for you: when you're looking for a writer to represent your business, do you want A) someone with an English degree but little real-world experience, or B) a writer that "gets" what owning a business is like, has a marketing degree, and writes professionally for a living? Good news—I'm the second one. I'm a professional writer with credits in national publications, an (employed) newspaper editor, and a serial entrepreneur who gets that successful businesses like yours put the customers' interests first. In my early 20s, I made writing a career—I joined the U.S. Navy as a journalist and attended the military's acclaimed Defense Information School. By the time my...

Community and networks (and how <client> helps develop them)

The SIX duck-hunting essentials (for beginners and pros alike).

Duck hunting season is right around the corner. Whether you're a seasoned veteran or an absolute ... Read More

Hearts aflutter? It might not be love, but atrial fibrillation.