Orange Is The New Black Season 3: Is Piper's time on the show finally up?

So you've finally binged the entire third season of Orange Is The New Black then? How was it for you?

The media might have got hung up on the debut of Ruby Rose, but I'm gifting Season 3 of OITNB to another Litchfield lady, Lea DeLaria.

Her performance as Big Boo has always been on point, but this season DeLaria blew me away. Along with her 'give me all the Emmys' backstory episode, Boo evolved from wisecracking big shot to caring friend to Pennsatucky.

I know Poussey and Taystee are supposed to be the definition of friendship goals, but Boo and Pennsatucky have stolen this crown.

I've always had a soft spot for Pennsatucky and this season we learned more about her awful upbringing and subsequent rape.

Watching her transform from religious zealot to thoughtful friend was beautiful, and it's this sort of character development that makes OITNB a must-watch.

Pornstache made a brief cameo. Seeing him without his trademark swagger and clean shaven was unexpectedly poignant, and a much needed high point in the saga of Daya's baby.

I've never had much truck with this plot, largely because I don't see the attraction with Bennett. Sure he's pretty, but that's it. My dislike of him was vindicated this season when he disappeared, unable to face his responsibilities. I'm hoping he doesn't come back.

Another character whose time might be up is Piper. The show might be based around her, but god is she annoying.

The panty business was inspired, but seeing her go all ganglord on the other women was distasteful. I don't find her empowering, and when Taylor Schilling is given a moment to make Piper shine, such as her rousing recruitment speech, it goes on too long.

Another side effect of Piper going bad was the weakening of Alex. Now I'm not quite as obsessed by the Betty Paige of Litchfield as most fans, but it was horrible to see Alex brought so low.

I have no idea what the outcome of the greenhouse denouement will be, but I think Alex will live to see another season, if only so the fans don't riot.

Litchfield Prison might be in its own little world, but that doesn't mean the characters can't pick up on what's happening outside. Running a transphobia storyline while the media at large was rightly fangirling over Caitlyn Jenner proves that we still have a long way to go when it comes to trans rights.

I never think there's enough Sophia in OITNB and sending her to the SHU makes things look bleak for season 4. Hopefully, Gloria can work out a way to get her back. I particularly liked that at its heart, this storyline was about two mothers wanting the best for their sons.

So much of OITNB goes beyond the obvious to a deeper meaning.

A good example of this is the transformation of Crazy Eyes, the one to be avoided, into Suzanne, the one to be revered. Her erotica gave her the means to bridge the gap between her and the other inmates and finally reach a level of acceptance and a new admirer.

Although a special bravery award should be given to actor Brendan Burke, who will no longer be able to leave his house without someone shouting 'Admiral RodCocker' at him.

The prison staff were a real highlight of this season, which packed so much in for its characters that I can't possibly cover everything I loved, or hated.

Season 4 needs to continue exploring Red and Healey's feelings, and back well away from Norma's miracles, which could become as stale as Toast Norma.

I want to see a further evolution of Leanne's character, leaning on her surprising Amish background.

I need Wanda and O'Neill to have a beautiful wedding, although Lorna and Vince set the bar high for that one. And I hope we never, ever see Caputo and Fig getting intimate again. 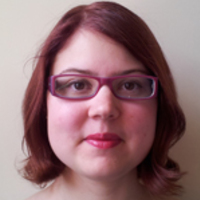 Hello! Choose me to help your business grow. I am a blogger, copywriter and reviewer with several years experience, including becoming a top-rated TV blogger for Metro, a UK national newspaper. My coverage of a whodunnit plot in British soap opera EastEnders regularly topped the highest viewed blogs on site. I run League of Culture, an advocacy body for the UK's culture sector, working with artists and facilitators across the country and with politicians at local and national level. I keep a close eye on British and global politics, and have been published in prestigious magazines such as Anticipations; the quarterly from the Young Fabians, and Arts and Architecture Journal. I also ghostwrite product descriptions for national fashion and home brands.

The importance of video marketing investment

**The importance of video marketing investment** In recent years, video has gone from an impress... Read More